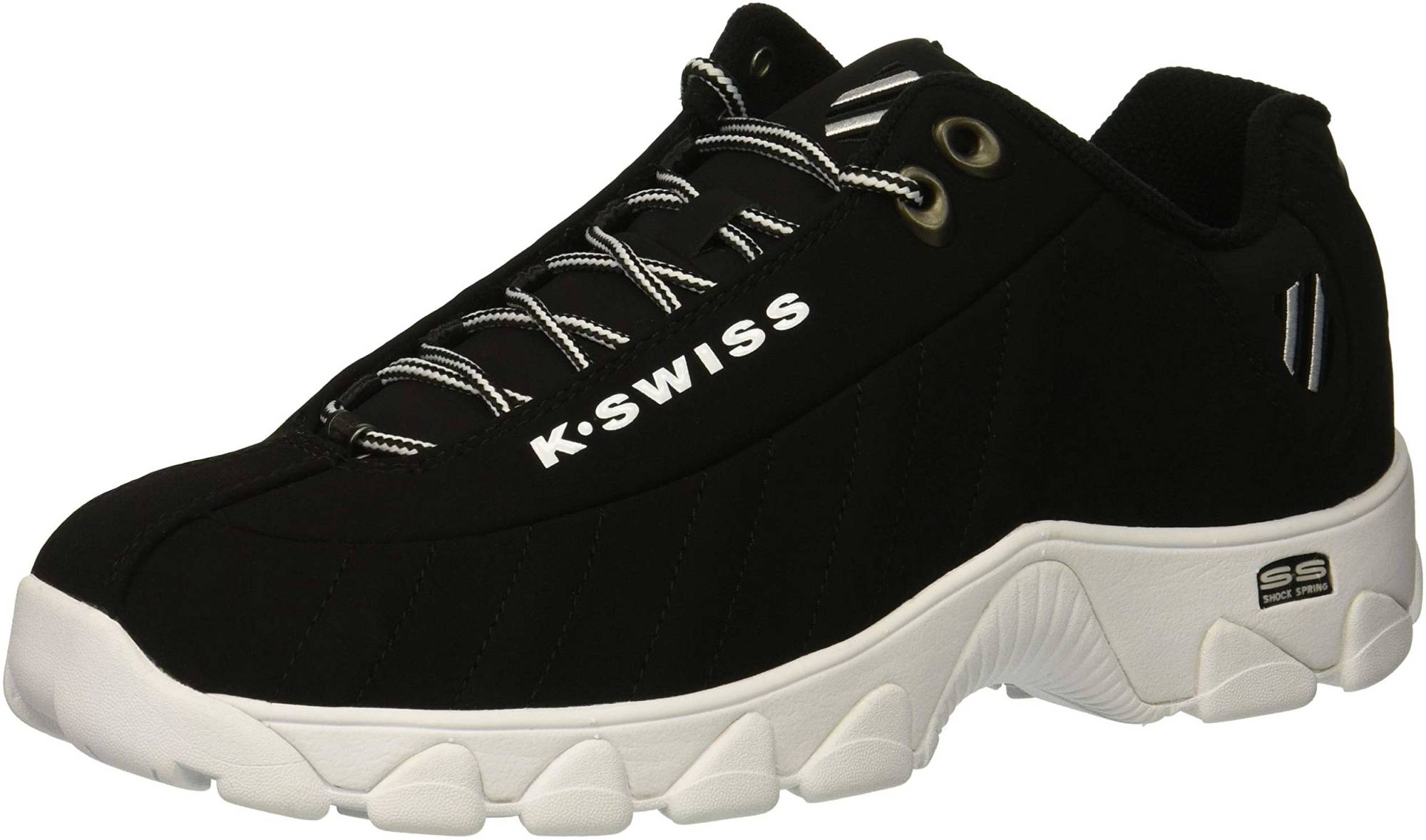 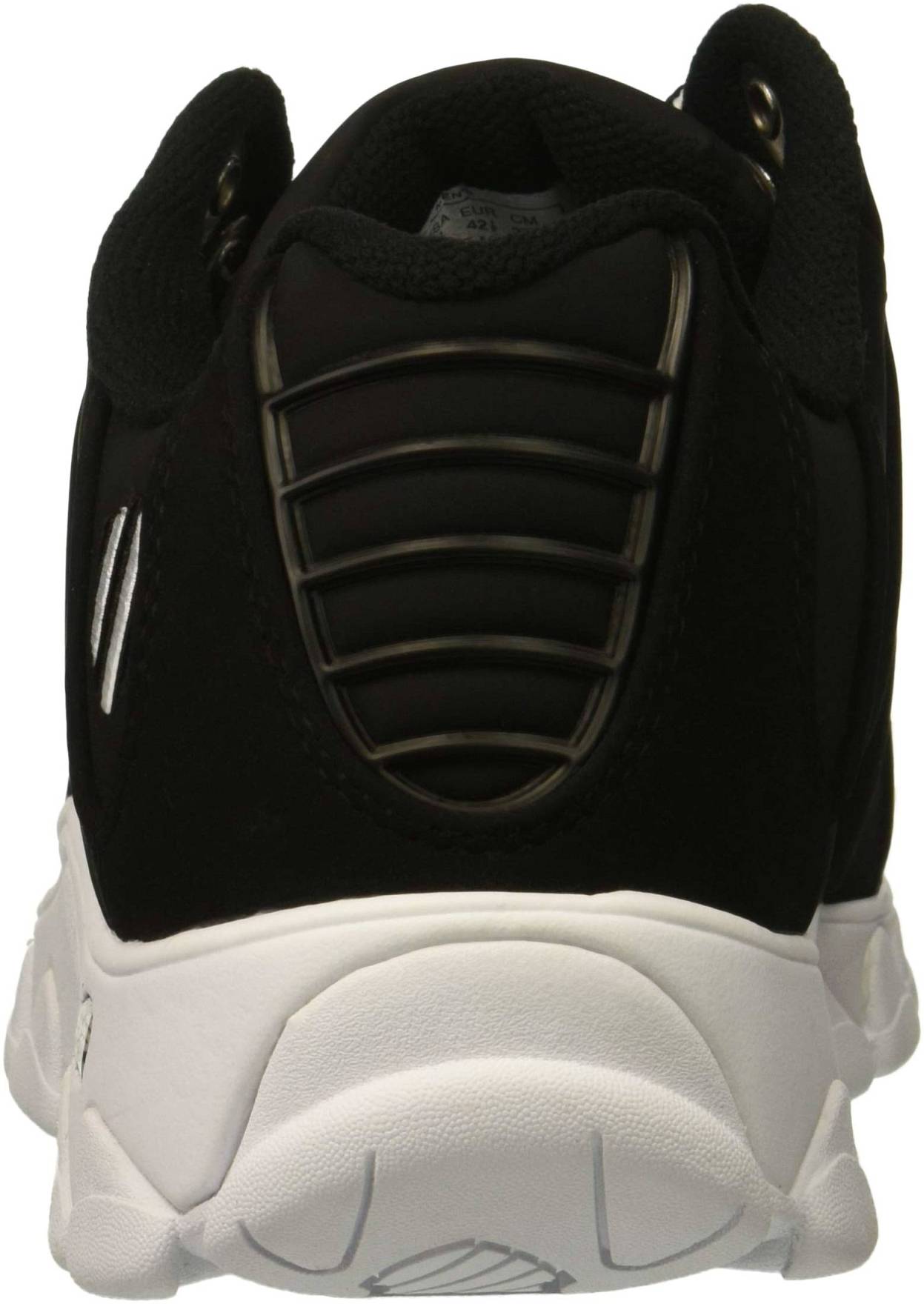 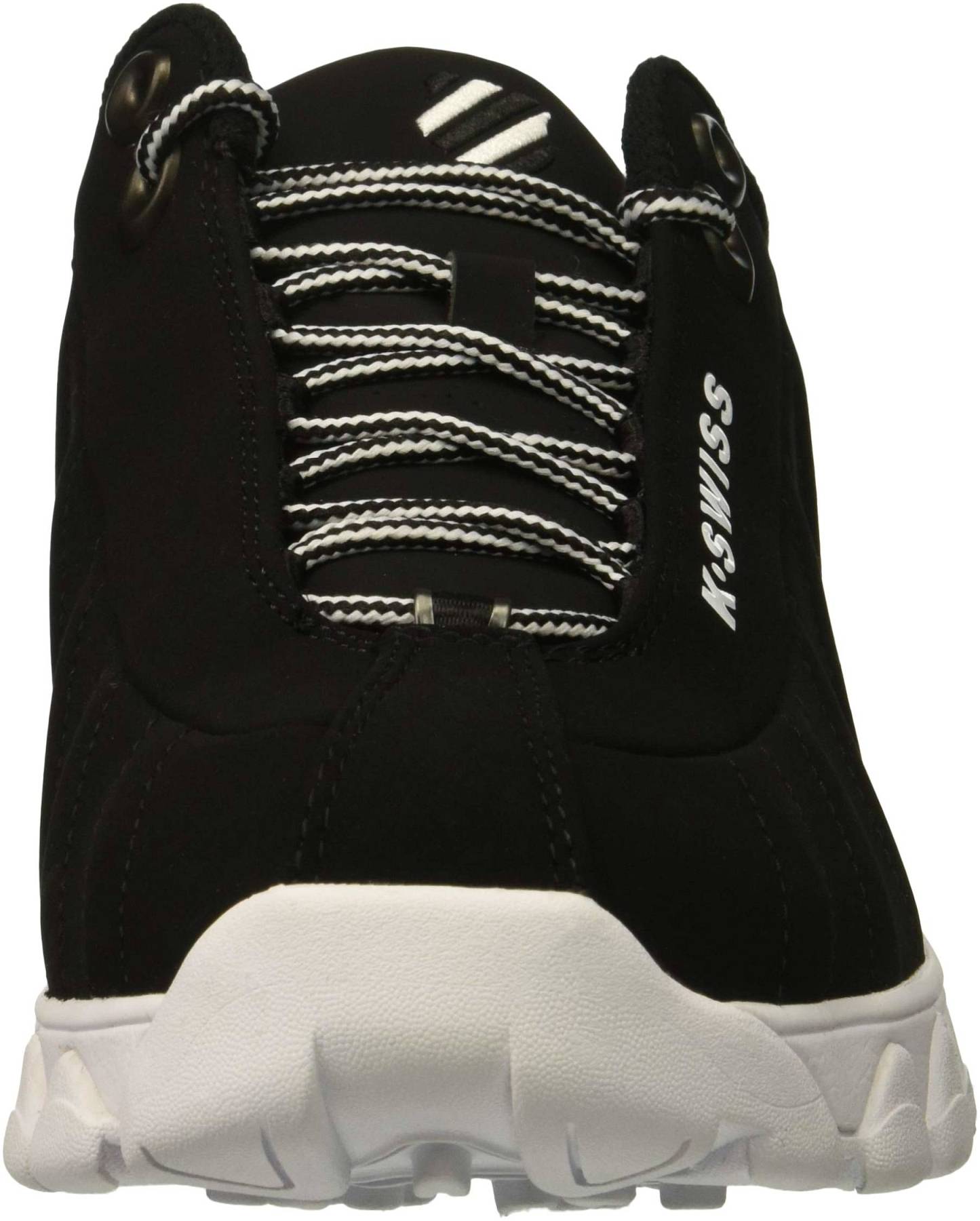 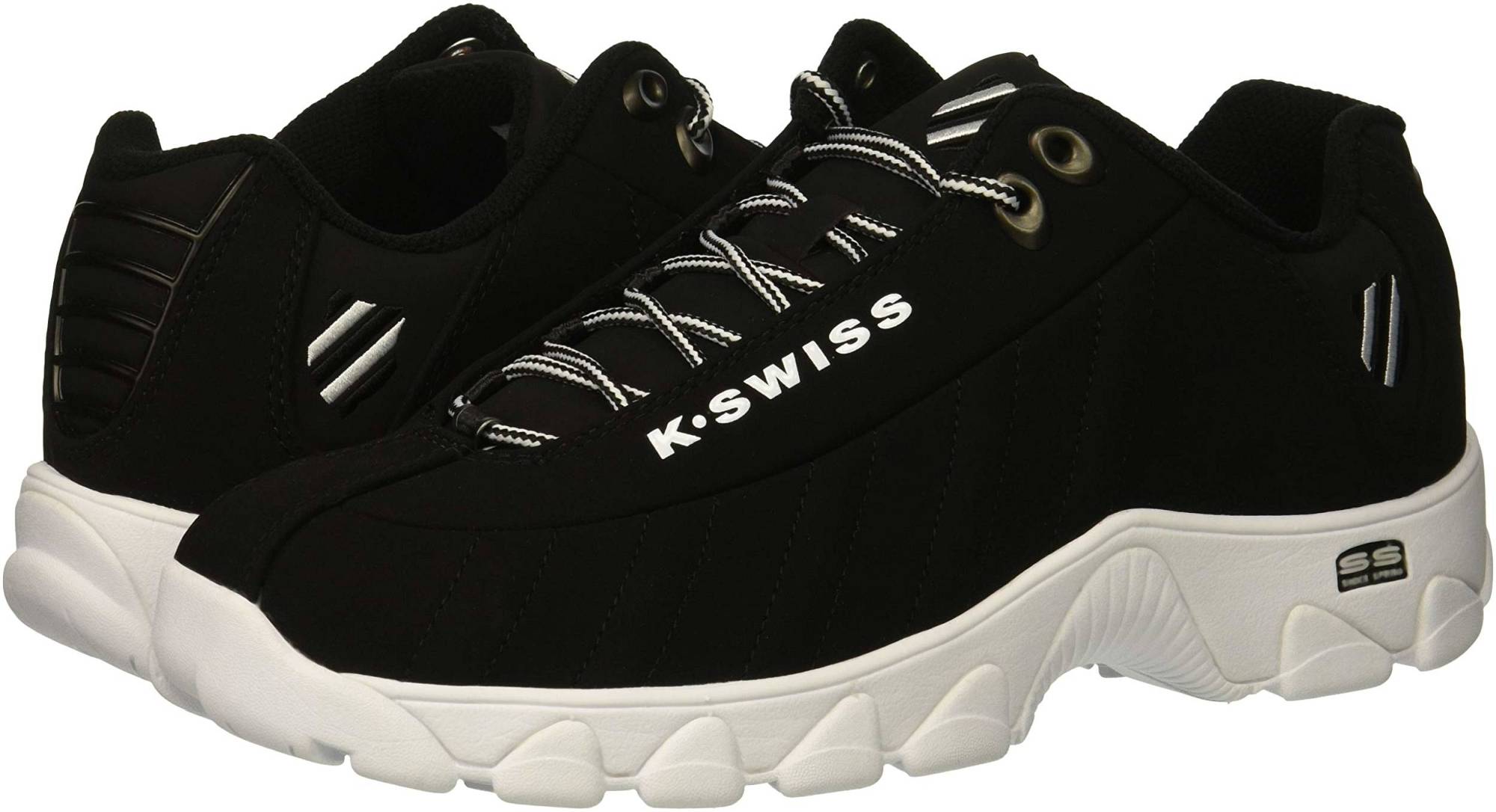 The K-Swiss ST329 CMF, K-Swiss’s low top tennis shoes are part of K-Swiss Lifestyle Shoes collection. K-Swiss brought back its court-style classic, the low-top ST329 and traded the customary sock liner with a Comfort Memory Foam which gained the approval of sneaker lovers and followers of this style. Repeat buyers considered such added feature a plus factor in achieving all-day ultimate foot comfort. Its well-made leather cover tends to be stiff right off the box, but it becomes pliable through constant use. With its budget-friendly cost, some didn’t have second thoughts in buying one or more pairs. There are no special editions of these shoes. These sneakers typically retail for around $75, but you can usually find them for less. For worthy deals, we recommend checking the price on Amazon.

ST329 CMF shoes currently have a 4.5 out of 5 rating, based on 2999 user reviews and a 90 Corescore at RunRepeat. We’ve scoured the web for reviews and user feedback that should help you decide if you want to buy K-Swiss ST329 CMF sneakers. Scroll down below to see what people are saying.

The K-Swiss ST329 CMF is highly recommended by several satisfied buyers. K-Swiss ST329 CMF’s upper is composed of tough-wearing leather. Some complained that this kick is somewhat more massive than expected. Many were pleased with the cushioning offered by the Comfort Memory Foam. You can purchase ST329 CMF shoes here.

Most reviewers were pleased with its fit especially after giving its leather upper adequate break-in time. The sturdy outsole is fabricated with Draggaurd abrasion-resistant rubber and Aosta rubber lugs. Its midsole is made of molded EVA foam. Quite several reviewers mentioned that it would have been advantageous if the Comfort Memory Foam is removable and not glued on the shoe. A good number of broad footed wearers gave this kick a high rating.

A couple of buyers emphasized that the lace-up feature allowed them to buckle down and achieve a comfortable fit. The “CMF” stands for Comfort Memory Foam. The padded collar is lined with textile. Many appreciated the quality of the leather it provides as it lasted them over a year. Several users noted that it’s stiff right out of the box.

Some of those who approved of the ST329 CMF’s shock-absorbing features kept one or more pairs in their sneaker closet. A wearer who has a gout problem and needed superbly supported kicks was thrilled with this shoe and used it several days a week. A critic praised its aesthetics as it doesn’t look masculine for the woman’s feet. It met the expectations of plenty of users regarding style. As noted by some, its super thick sole with distinct lugs grants traction.