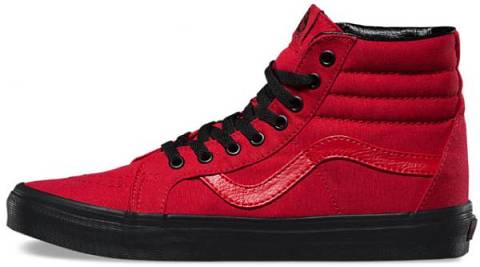 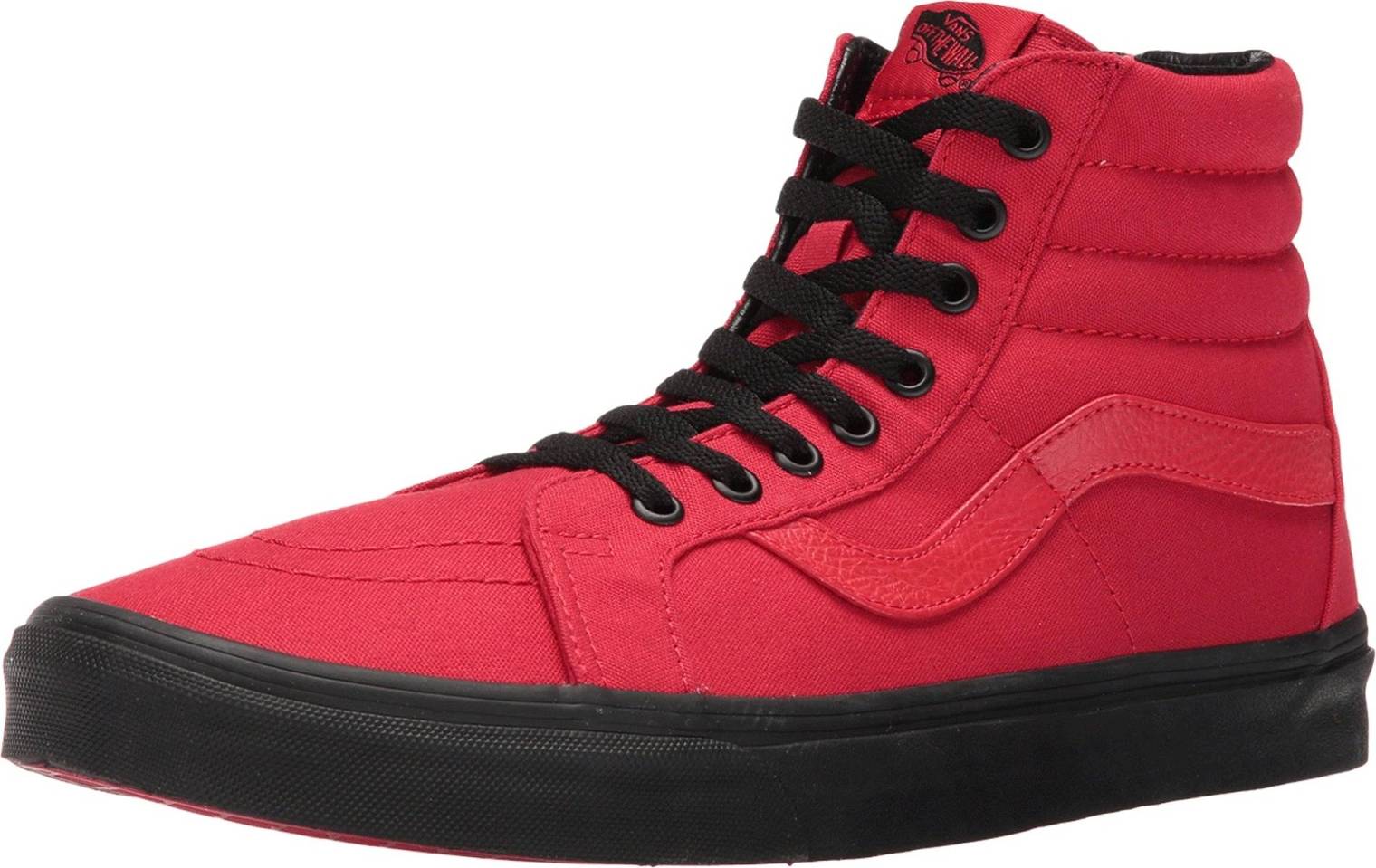 The Vans Black Outsole SK8-Hi Reissue, Vans’s high top skate sneakers are part of Vans SK8-Hi collection. The Vans Black Outsole SK8-Hi Reissue is a partly tweaked edition of the 40-year-old SK8-Hi model . The bottom part of the shoe may have been splashed with a different shade other than its usual gummy tan color, but it remains as grippy as ever. There are 17 special editions of these shoes. These sneakers typically retail for around $65, but you can usually find them cheaper. For worthy deals, we recommend checking the price on Amazon.

According to some skaters, its flat bottom grants excellent board feel compared to platform sneakers which tend to throw the heel off. Vans was conceived in 1966 in Anaheim, California as the Van Doren Rubber Company. It can get a bit stiff during the first few times wearing the Vans Black Outsole SK8-Hi Reissue. The leather detailing on the upper offers a lovely contrast to its canvas body, as conveyed by quite a few users.

Some reviewers stated that its lightweight built made of predominantly canvas helps in skating performance. The signature waffle sole design was born from the idea of creating a sneaker that’s affordable yet offers excellent traction. This was the start of the Van Doren Rubber Company in manufacturing rubber-soled sneakers in the 1960s, which initially did not intend to create skate-centric shoes. The strip of leather that snakes on each side of the SK8-Hi and Old Skool sneakers was conceptualized by one of Vans’ founders Paul Van Doren. He initially called it Jazz Stripe until it was later coined as the Vans Sidestripe. Its thinly structured tongue contributes to achieving the best board feel, noted by a couple of skateboarders.

Its padded high-top shape is ideal for those who needed support around the ankle area, according to some skaters. A lot of reviewers were recommending this high-top to their friends who are potential buyers. According to some users, this sneaker gives a bang for one’s buck since its budget-friendly rate allowed them to purchase more than one colorway. A very stylish day to day sneaker, mentioned by several users. It has a well-constructed upper that allows it to last for many months, observed by some. With vibrant colorways, the SK8-Hi Reissue is easy to pair with lots of outfits.