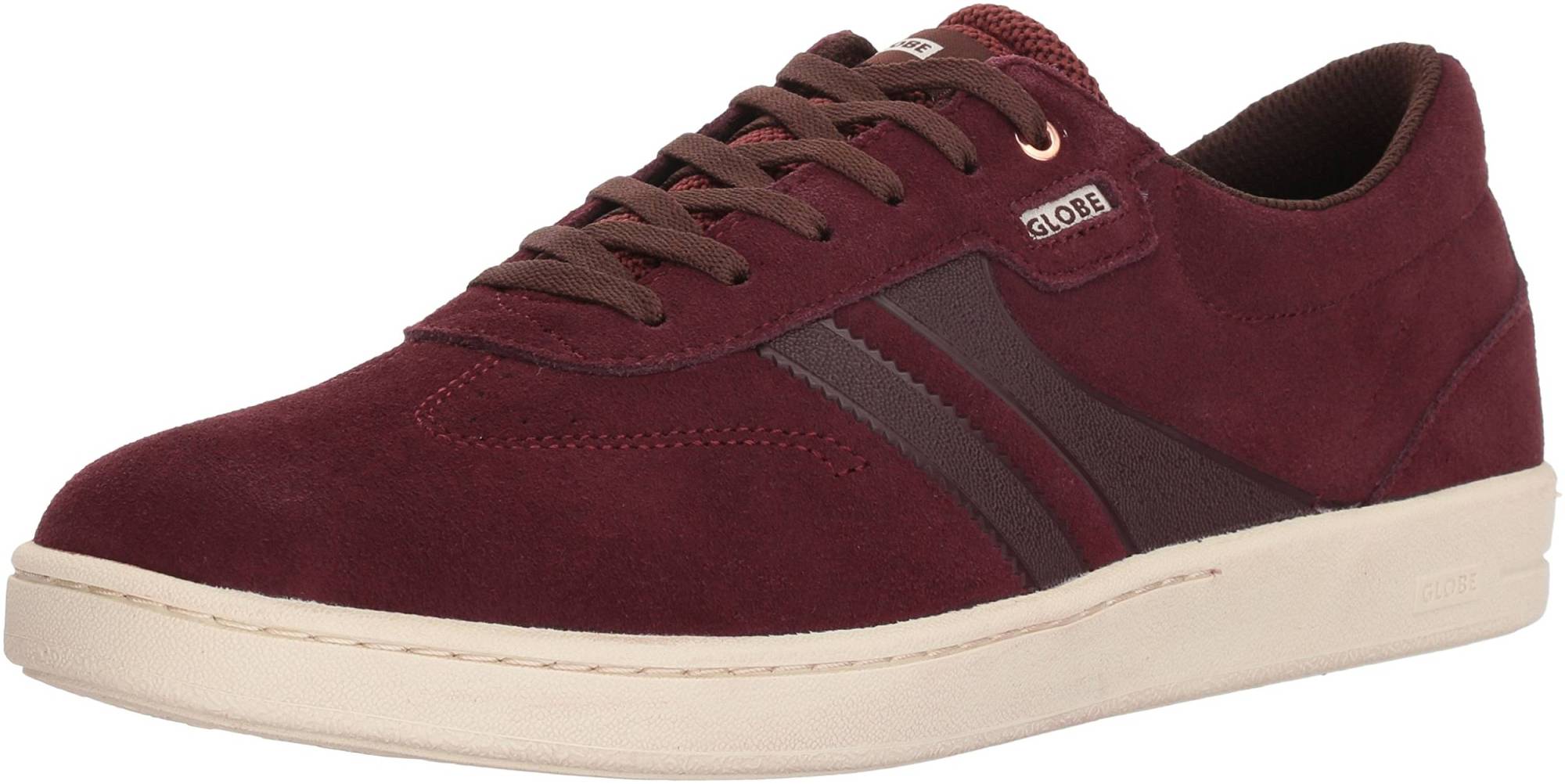 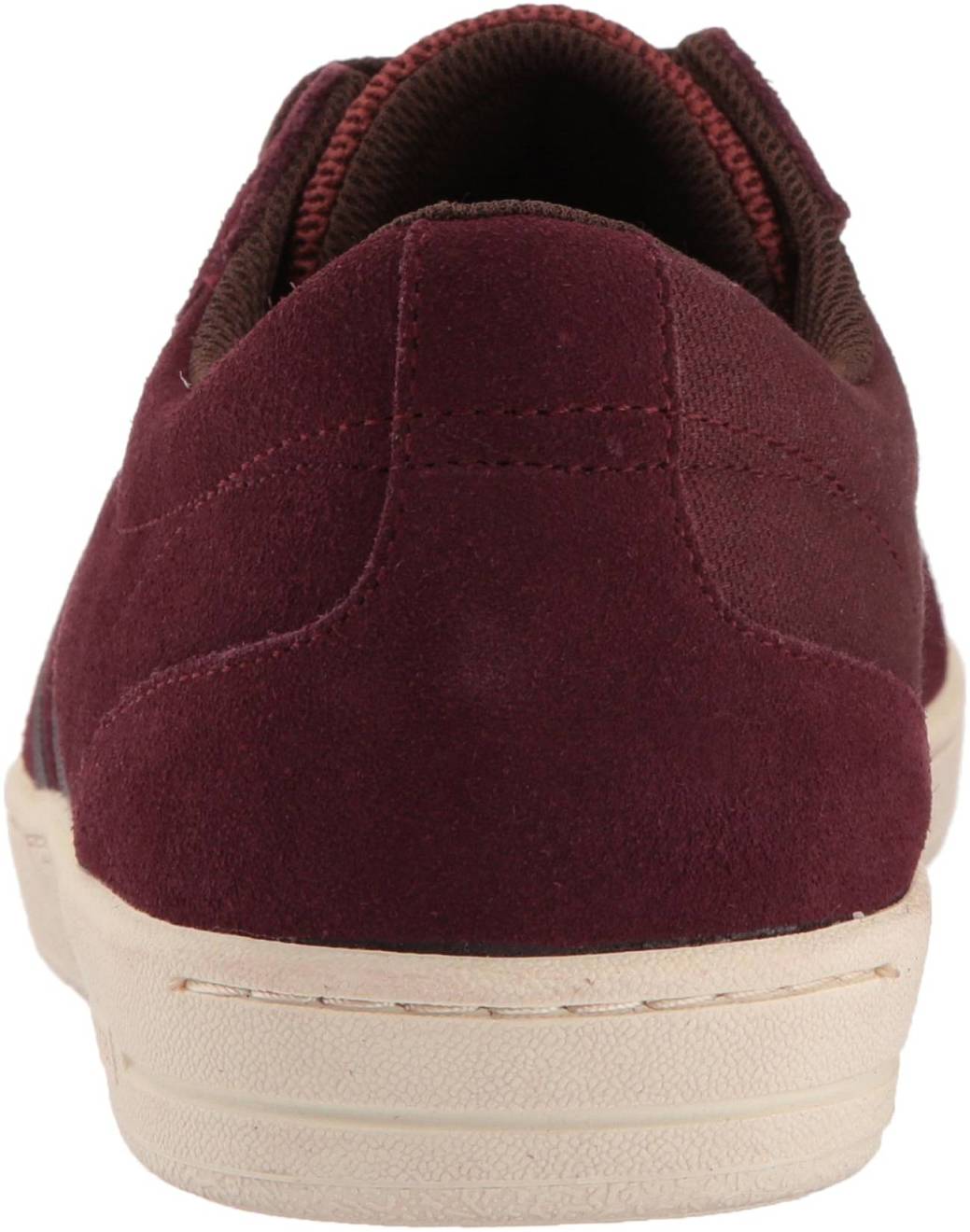 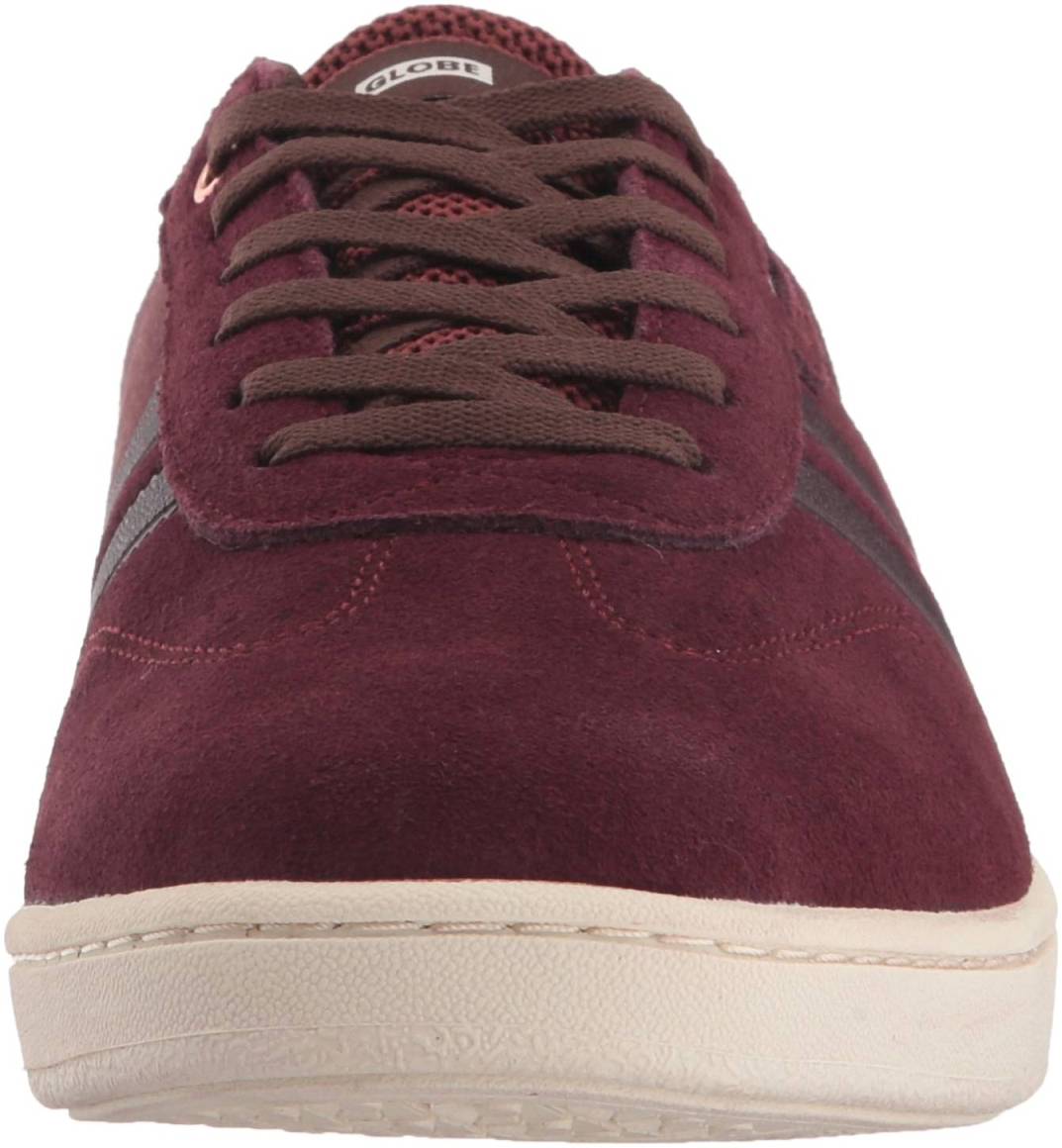 The Globe Empire, Globe’s low top skate shoes are part of Globe Casual Shoes collection. Globe has built the Empire based on the timeless proportions of a cupsole skate shoe. That has given its silhouette a strikingly classic vibe, which dearly pays homage to the ’90s skating era. But behind such simple, old-school looks are modern technologies. There are no special editions of these shoes. These sneakers typically retail for around $75, but you can usually find them for less. For great deals, we recommend checking the price on Amazon.

Empire shoes currently have a 4.8 out of 5 rating, based on 6 user reviews and a 82 Corescore at RunRepeat. We’ve scoured the web for reviews and user feedback that will help you decide if you want to buy Globe Empire sneakers. Scroll down below to see what people are saying.

The Empire has a reinforced, one-piece suede/canvas upper, which sits atop a hard-wearing, supportive Pro Am rubber cupsole. Underfoot, its S-Trac and broken-herringbone outsole tread delivers lots of grip. Then a high-performance Nitrolite insole welcomes the foot. That said, this whole Empire package comes in at only $75. The Globe Empire offers excellent value for its budget-friendly price, satisfying most shoppers. It has a lightly padded, athletic-inspired tongue, which features a loop that keeps the tongue in place. A few skaters mention that the Empire is not suited for heavy action on a skateboard because it has only basic padding. Many reviewers praise its understated old-school styling, which appears quite classic and somewhat street-wise in a sense. You can purchase Empire shoes here.

The majority of testers remark that the Globe Empire feels lightweight and incredibly comfortable to wear. A cupsole external stitching around the toe and heel area indicates superb durability. Globe branding is detailed under the top eyelet and on the tongue, vamp, insole, midsole, and outsole tread. More than a handful of reviewers agree that it has good arch support. It feels a little stiff to a handful of wearers.

Where to buy Empire: You can buy Globe Empire on Amazon.

A few skaters note on how stable and balanced the soles are. The Empire is built to last, according to various wearers. It runs true to size and width, based on general reviews.