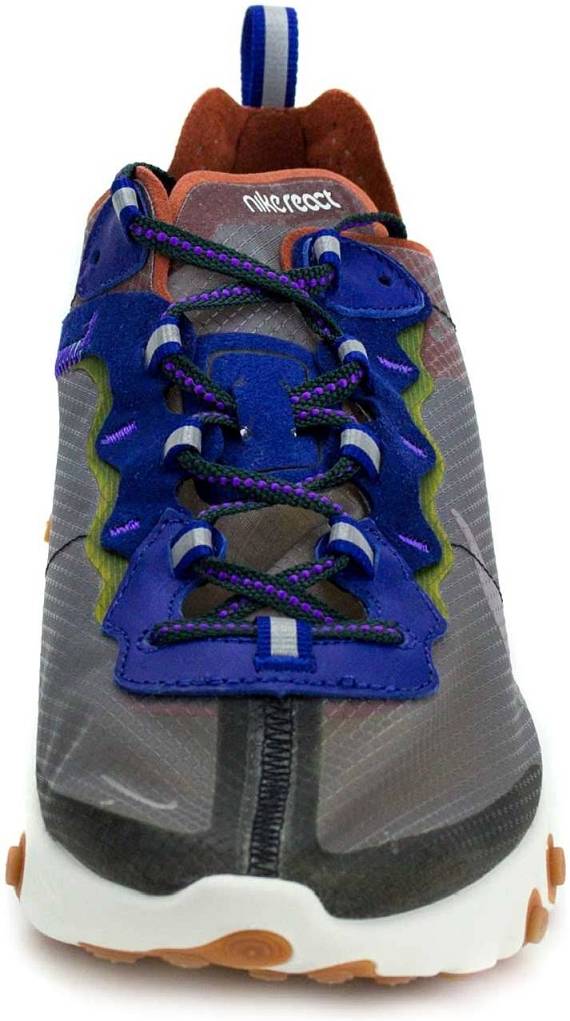 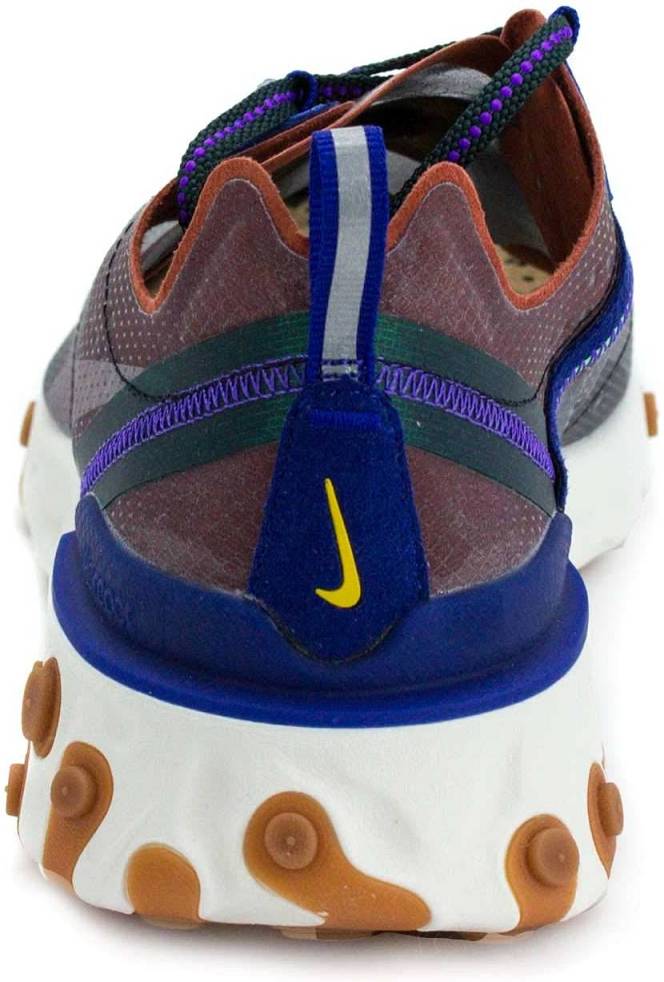 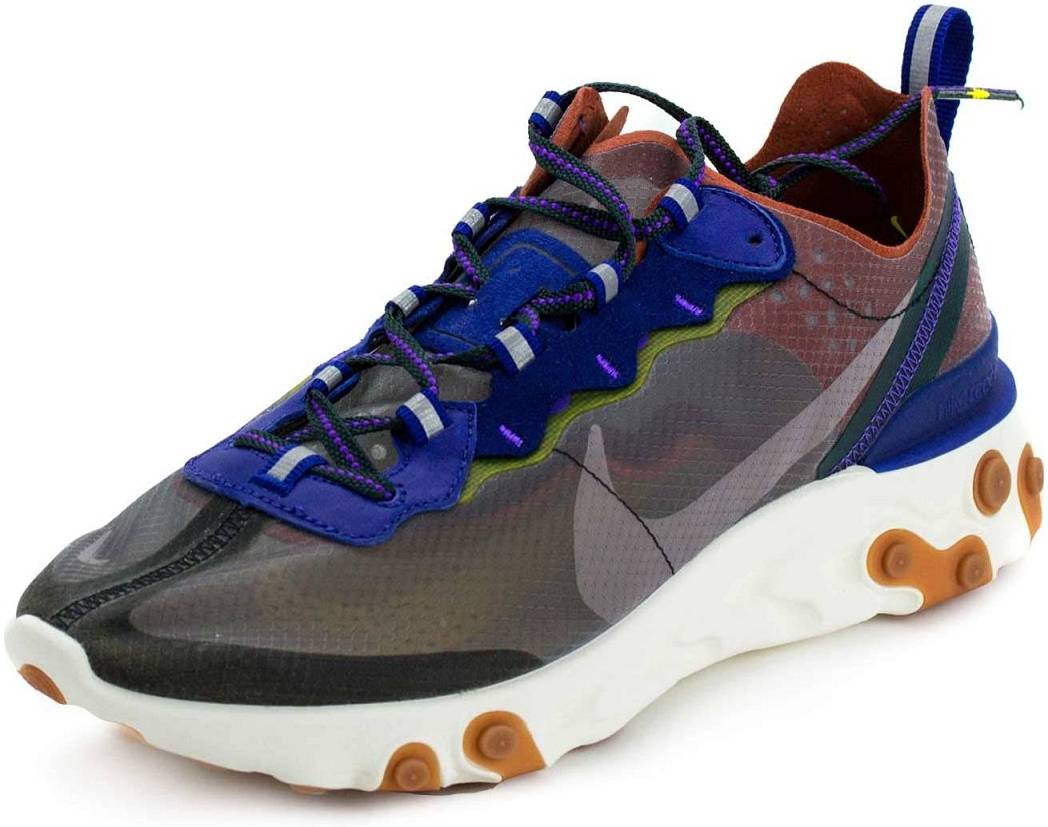 The Nike React Element 87, Nike’s low top running sneakers are part of Nike Lifestyle Shoes collection. A highly sought after Nike lifestyle sneaker as the Nike React Element 87 is an instant cop for sneaker lovers wanting a comfortable, durable, and well-constructed shoe. Tagged as one of the best sneaker releases for Nike in 2018, the React Element 87 design delivers maximum comfort from the finest midsole cushioning from the Oregon-based firm to date  the Nike React sole. There are no special editions of these shoes. These sneakers typically retail for around $160, but you can usually find them for less. For good deals, we recommend checking the price on Amazon.

React Element 87 shoes currently have a 4.5 out of 5 rating, based on 39 user reviews and a 86 Corescore at RunRepeat. We’ve scoured the web for reviews and user feedback that should help you decide if you want to buy Nike React Element 87 sneakers. Scroll down below to see what people are saying.

Several buyers copped a pair of this bestselling sneaker due to the “hype and online interest”. A textured TPU heel clip adds a stable feel while flat shoelaces are secured by a suede eyestay. Translucent rubber pods are conspicuously placed in parts of the midsole where traction is needed the most. Some wearers are hesitant in copping a pair due to durability concerns on the translucent upper. A couple of buyers claimed that the $160 shoes are a worthy investment and good value for money.

Numerous wearers heaped praises on the removable cork-lined insoles for helping improve the shoe’s in-shoe feel. Also seen wearing the React Element 87 kicks include Air Max collab designer Sean Wotherspoon, K-Pop star Dara Park, and musician-rappers DJ Khaled and Tinie Tempah. Reflective materials are placed at the heel tab and eyestays to add visibility in low-light conditions. Descriptions of various purchasers include “straight up fire” and “instant cop.” for the new lifestyle silhouette from Nike. Some footwear reviewers also noted that the translucent upper gets dirty quite fast with dust and other minute particles entering the shoes. One commenter said the asymmetrical tongue, due to its thin material, crumples easily and digs into the front part of the feet.

A couple of comments claimed the improved React soles are as comfortable as Adidas’ Boost sneakers. Some reviews praised the translucent uppers to rock and glam up their sneaker fashion. A lot of positive reviews focused on how beautifully and durably crafted and designed are the Nike React Element 87 sneakers. Some were quite surprised by the breathability of the translucent plastic-like uppers. Some followers of the React shoes claimed the React Element 87 has “the most stable, soft, and relaxed cushioning” they ever felt from Nike React sneakers. A few wearers were impressed by the lightweight feel of the sneaker. 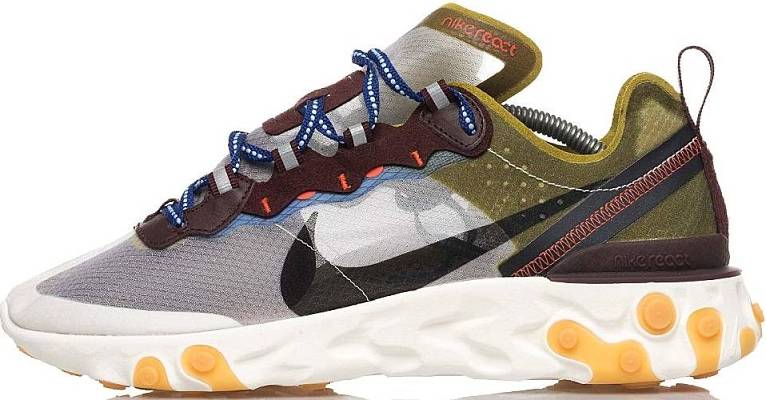 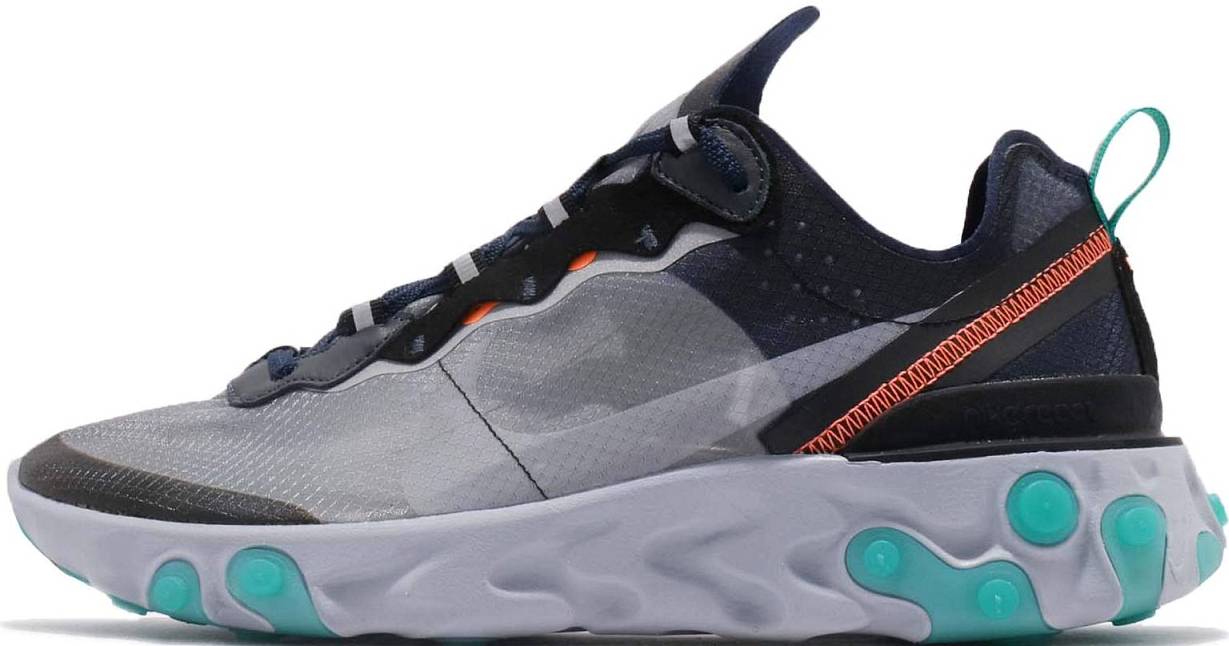 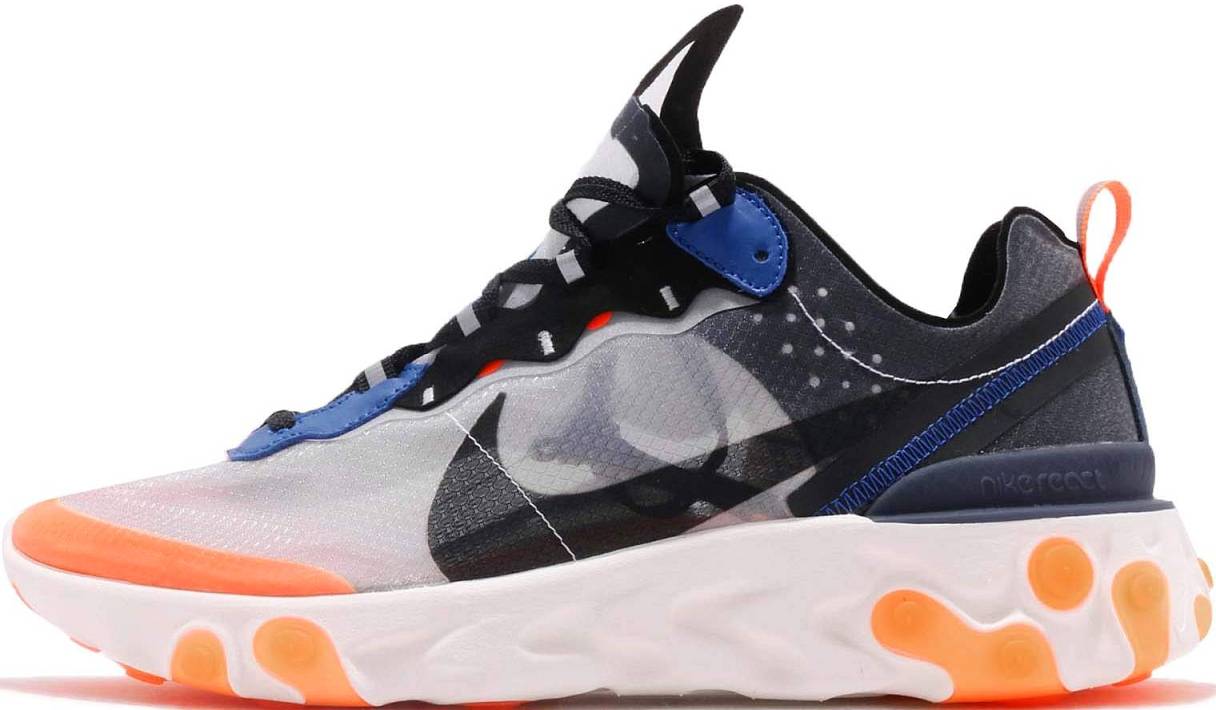