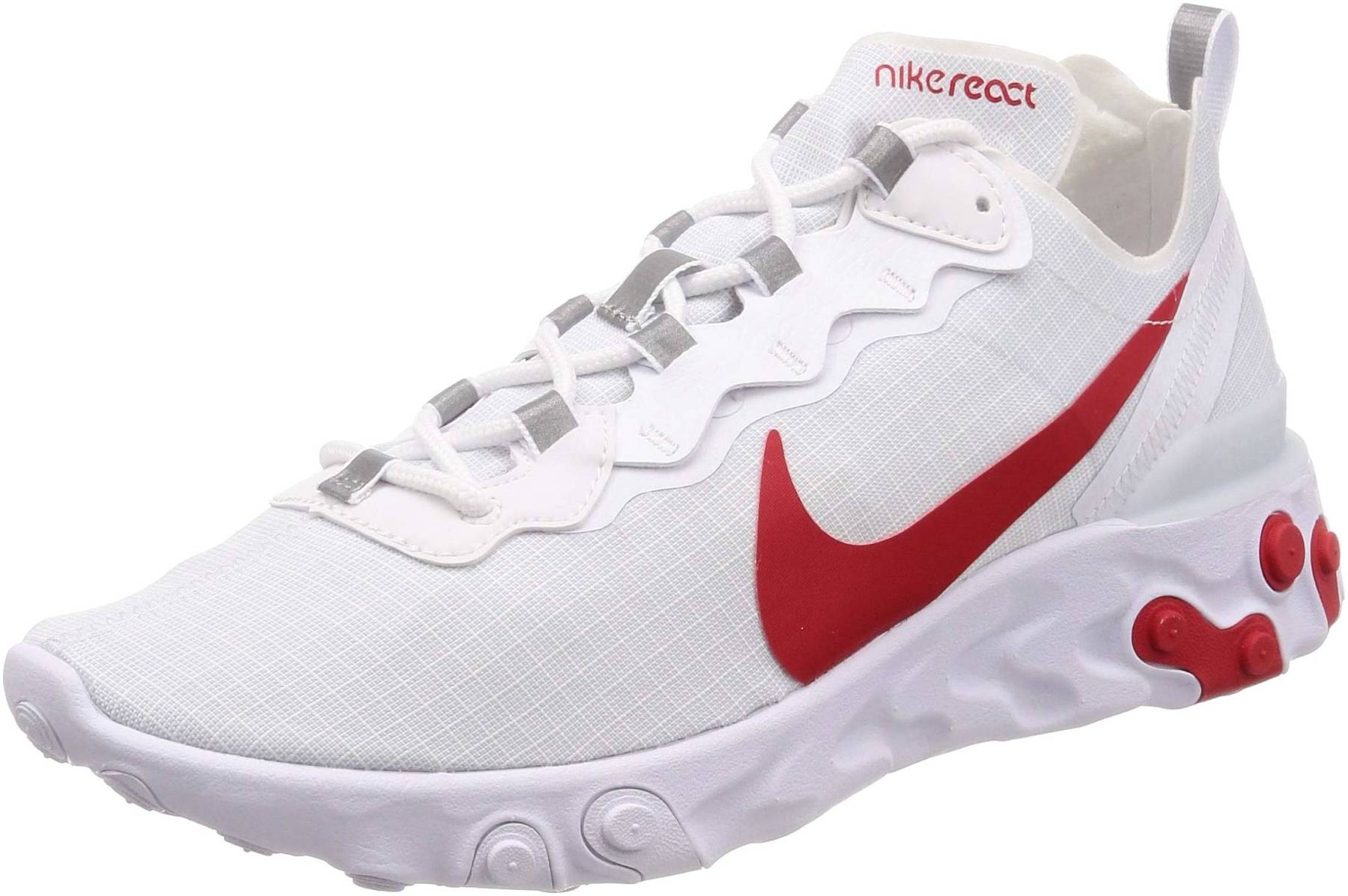 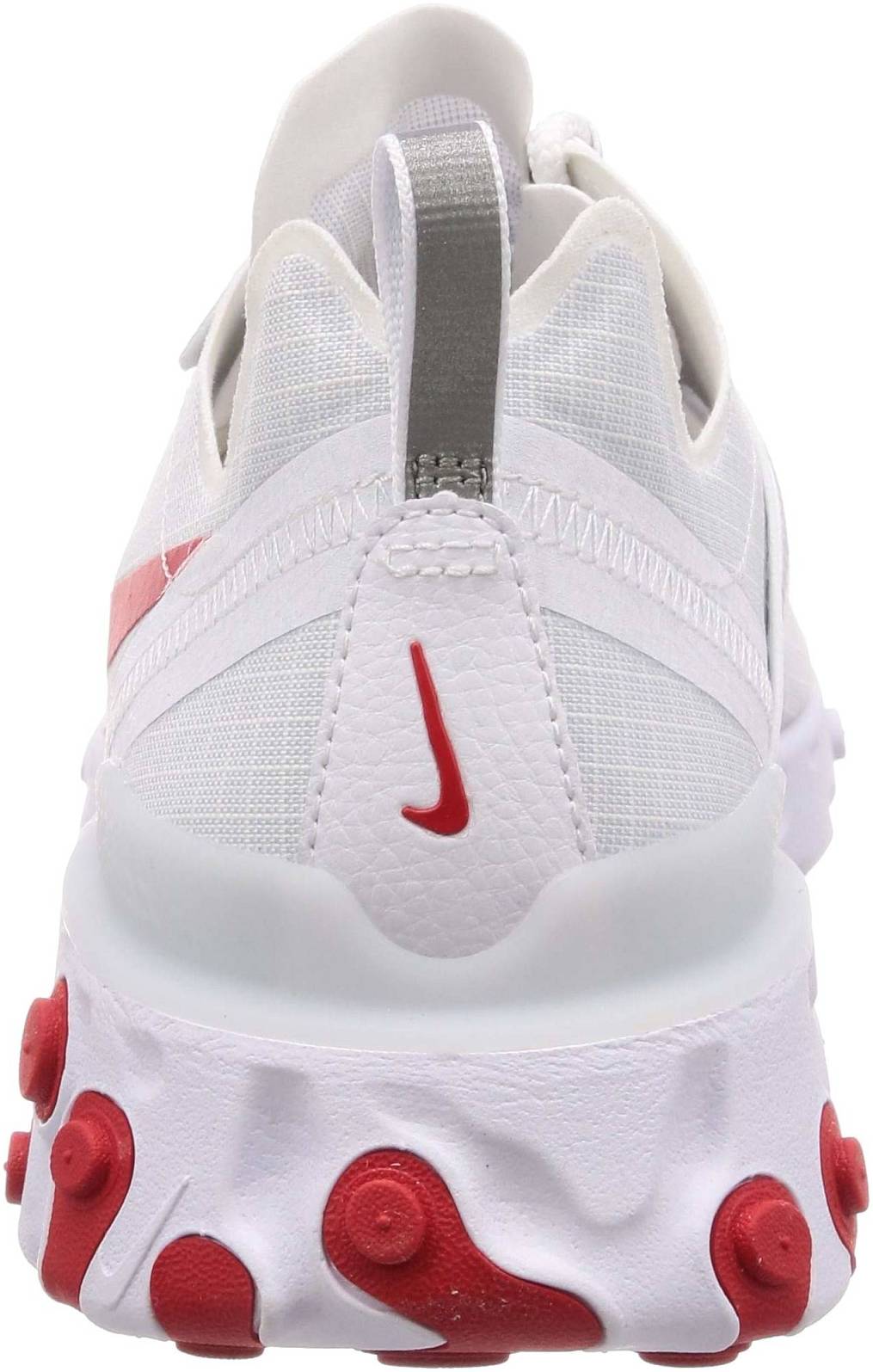 The Nike React Element 55 SE, Nike’s low top running shoes are part of Nike Lifestyle Shoes collection. Nike unleashes the React Element 55 SE to beef out its main model’s wide-ranging colorways and styles. This special edition packs a set of twists-new color concepts, grid-textured and rugged-vibed uppers, and reflective details that glow in the dark. All this adds an interesting depth the Element 55 silhouette . There are 1 special editions of these shoes. These sneakers typically retail for around $130, but you can usually find them for less. For best deals, we recommend checking the price on Amazon.

The signature React foam midsole-Nike’s most responsive and lightest material-remains underfoot, delivering an extremely cushioned ride. That said, the Element 55 SE remains among the most comfortable, lightweight, stylish sneakers one’s money can buy. It sits reasonably at $130. The Nike React Element 55 SE strikes the majority of reviewers as both classic and futuristic. Rubber pods are placed in specific sole areas where support and stability are most needed. A few reviewers say that this sneaker’s durability remains questionable for long-term use, pointing out that it wears out after a month or two of use. Flocks of shoppers are captivated by its standout silhouette and unique, bright color schemes, which they say goes along with different types of clothing. You can purchase React Element 55 SE shoes here.

More than a handful of wearers share about getting compliments from friends and onlookers-both male and female. Several customers pointed out some issues regarding the tongue: it’s thin and flimsy, and it tends to twist, fold, and slip to either side. Many happy customers consider collecting Element 55 SEs in different colorways.

Various users, whose jobs demand long hours of standing, walking, and even running, remark that the Element 55 SE delivers long-lasting comfort. It has an asymmetrical tongue, which adds distinctiveness to its style. Plenty of testers-two of them with Achilles tear and neuropathy-are impressed with the React midsole cushioning, which feels pleasantly soft and bouncy underfoot. Its heel collar digs into the ankles even when wearing socks, two users have mentioned. The toe box feels too narrow to a couple of wearers, with one comparing its tightness to a soccer cleat. A user reports that its rubber-pod tread doesn’t grip well on wet pavements.

Some reviewers prefer the React midsole over the Ultraboost and Vapormax. Many users are stunned with its Element 55 SE’s functionality, given that it’s a lifestyle sneaker. The Element 55 SE weighs unbelievably light that a bunch of wearers say it feels like walking on air with bare feet. The Nike React Element 55 SE runs true to size, based on general reviews. It looks better in person, according to some online shoppers. 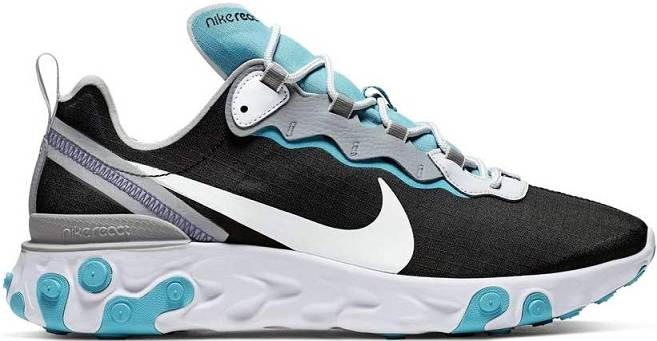 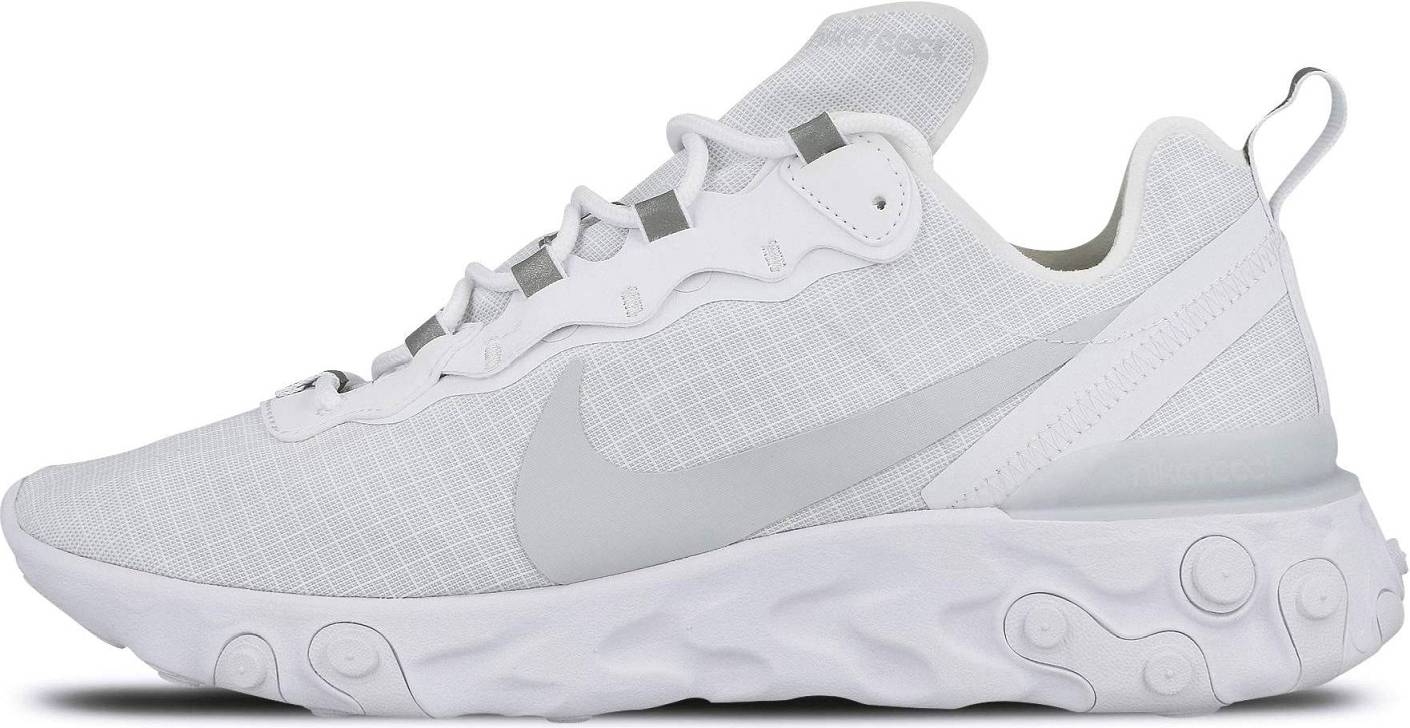