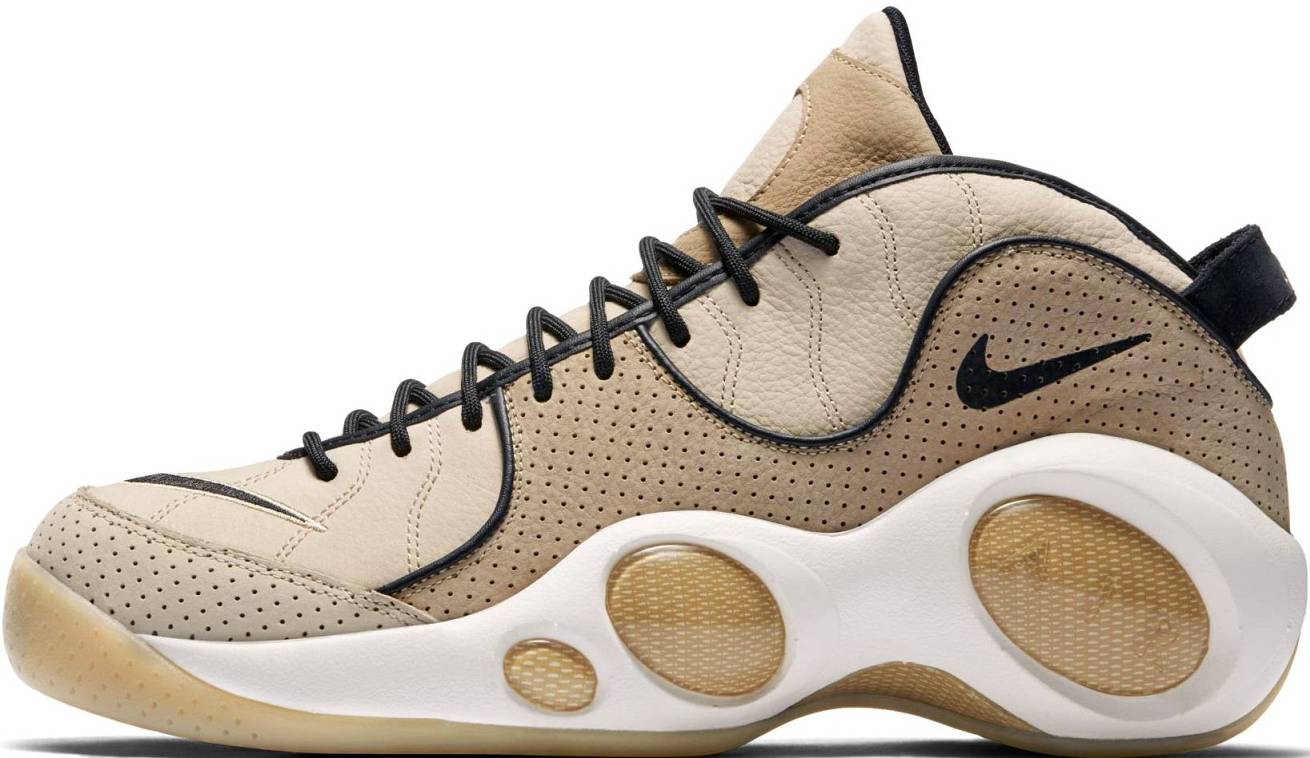 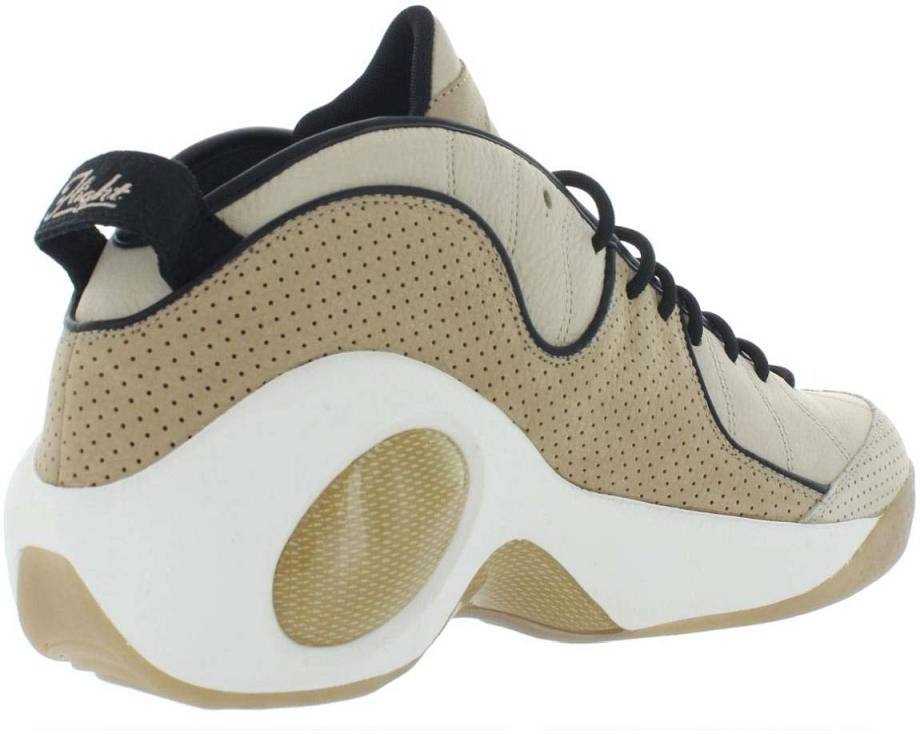 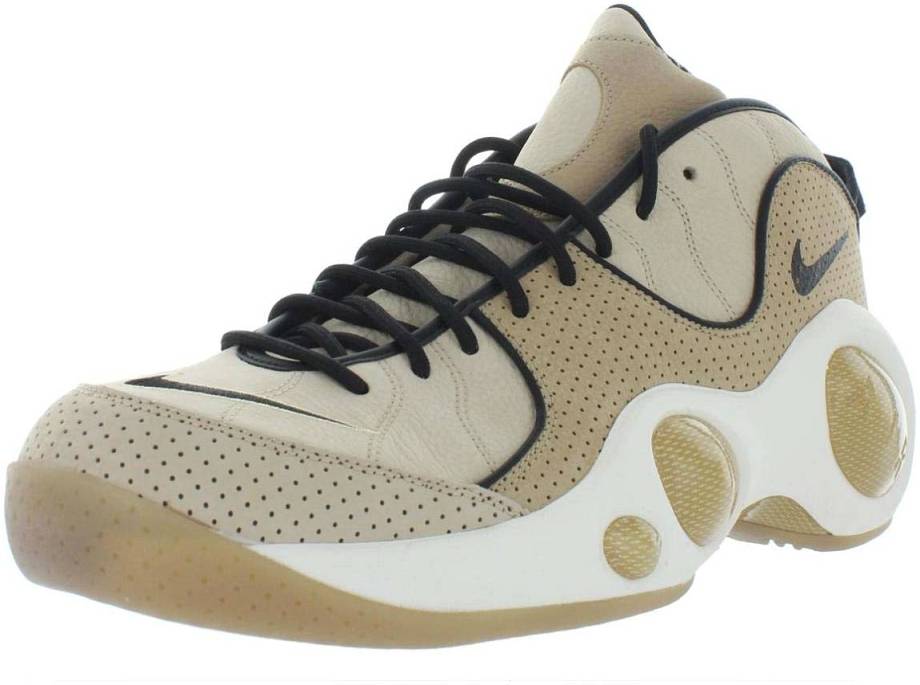 The Nike Air Zoom Flight 95, Nike’s mid top basketball shoes are part of Nike Lifestyle Shoes collection. The basketball-inspired Nike Zoom Flight 95 comes with a luxe leather cover that rests atop a cushy Air sole unit. Though it’s made with good quality leather, it tends to put a lot of weight to feet. The thick upper also prevents air from circulating in and out of the shoe. There are 1 special editions of these shoes. These sneakers typically retail for around $160, but you can usually find them for less. For worthy deals, we recommend checking the price on Amazon.

In spite of such limitations, buyers lauded the level of cushioning coming from the combined Zoom Air unit in the forefoot and the Air-sole property towards the heel. Expect to pay a hefty sum as this doesn’t come cheap. The Nike Air Zoom FLight 95 comes with a soft and buttery leather cover, described by many. Nike Zoom Air technology is a cushioning property which is made of a durable and lightweight encapsulated air with vertical tensile fibers within. These tiny threads flex when the Zoom Air receives impact. The fibers are very responsive that it instantly springs back offering a bouncy feel. The leather cover puts a lot of weight on this shoe, according to a couple of reviewers. Most reviews stated that this casual sneaker offers enough room in the toe box. You can purchase Air Zoom Flight 95 shoes here.

Quite a lot said this pair of kicks is true to size. The support shanks are usually placed in the midfoot area of other shoes. However, the Zoom Flight 95 is the first shoe that used such feature along the outline of the upper, which also wraps the midfoot and heel. This attribute offers lightweight support, especially during lateral movements. 20 years after the initial drop of the Nike Zoom Flight 95, the Swoosh brand gives tributes to Jason Kidd, one of NBA’s greatest point guards, with the drop of a retro version of his 1995 shoe in University Red/Black-White colorway. This sneaker is updated with a Jacquard woven upper, which offers an upbeat style to the iconic silhouette. In 2015, Nike dropped the Nike Air Zoom Flight 95 Jason Kidd Career Pack in four colorways. Each sneaker represents the different teams that Kidd has been part of, namely the Dallas Mavericks, Phoenix Suns, Golden Bear, and New Jersey Nets. The wavy or zigzag tread design on the outsole offers grip, especially during side-to-side movements. Few reviewers felt that the so-called carbon fiber on the midsole, which is supposed to provide support to the foot during lateral moves, looks like hard plastic. The pocket of Air in the rear part absorbs shock during foot strikes, as declared by many users.

The elastic band under the tongue prevents it from slipping to the sides especially during rigorous movements. The Zoom Air engineering was introduced by Nike in the mid-1990s. The Air-sole cushioning unit is a compressed pocket of inert gases developed by Nike in the late 1970s, which is the same property seen in the Air Max line. The neoprene lining provides comfort to the feet. Less than a handful of reviewers mentioned that the thick layer on the upper does not offer enough ventilation, especially in the midfoot and forefoot areas. Many considered its price to be high.

Several noted that the nylon mesh around the collar offers breathability. The noticeable pods on the sole and its chunky built are very nostalgic of the 1990s design, which is favorable to avid Nike Zoom Flight 95 fans. The Nike Zoom technology in the midsole has springy tinsel fibers that help relieve the feet from excessive impact. A significant number of reviewers gave this shoe a thumbs up due to its durability. 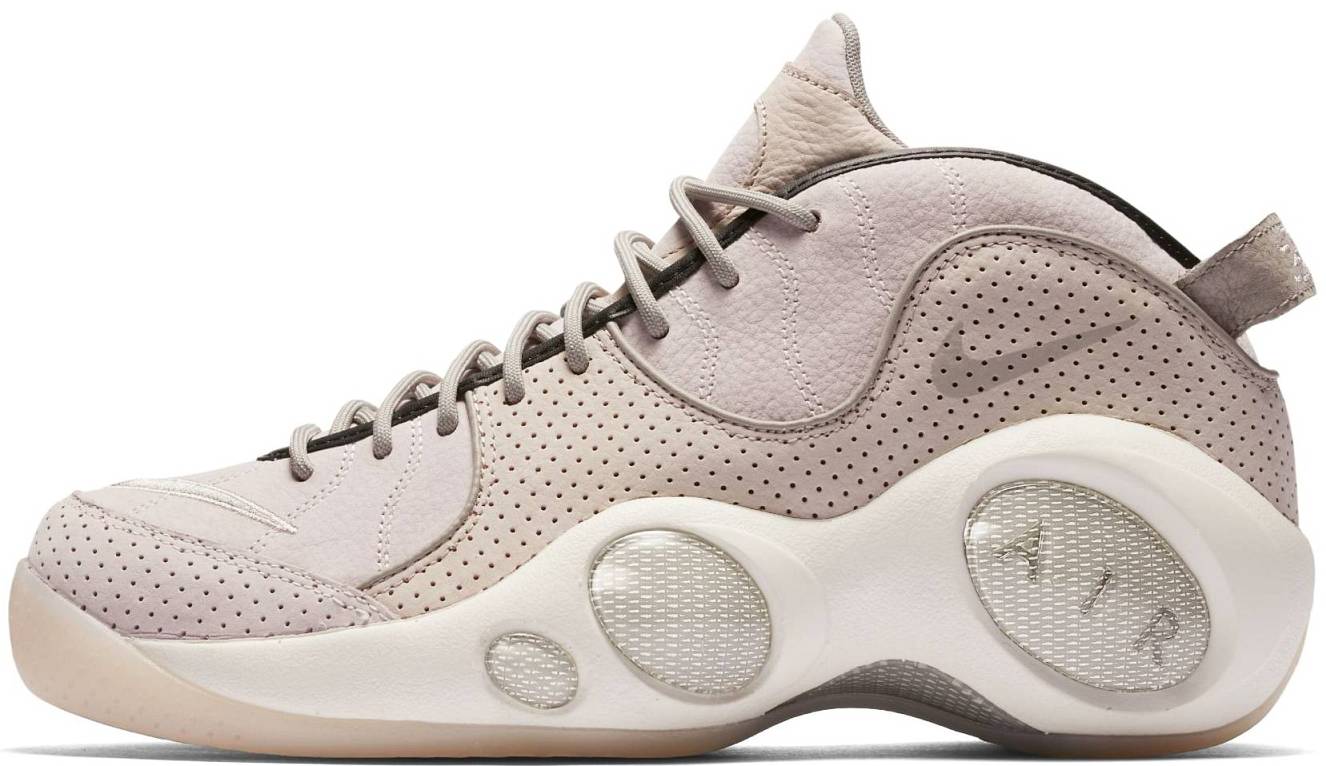