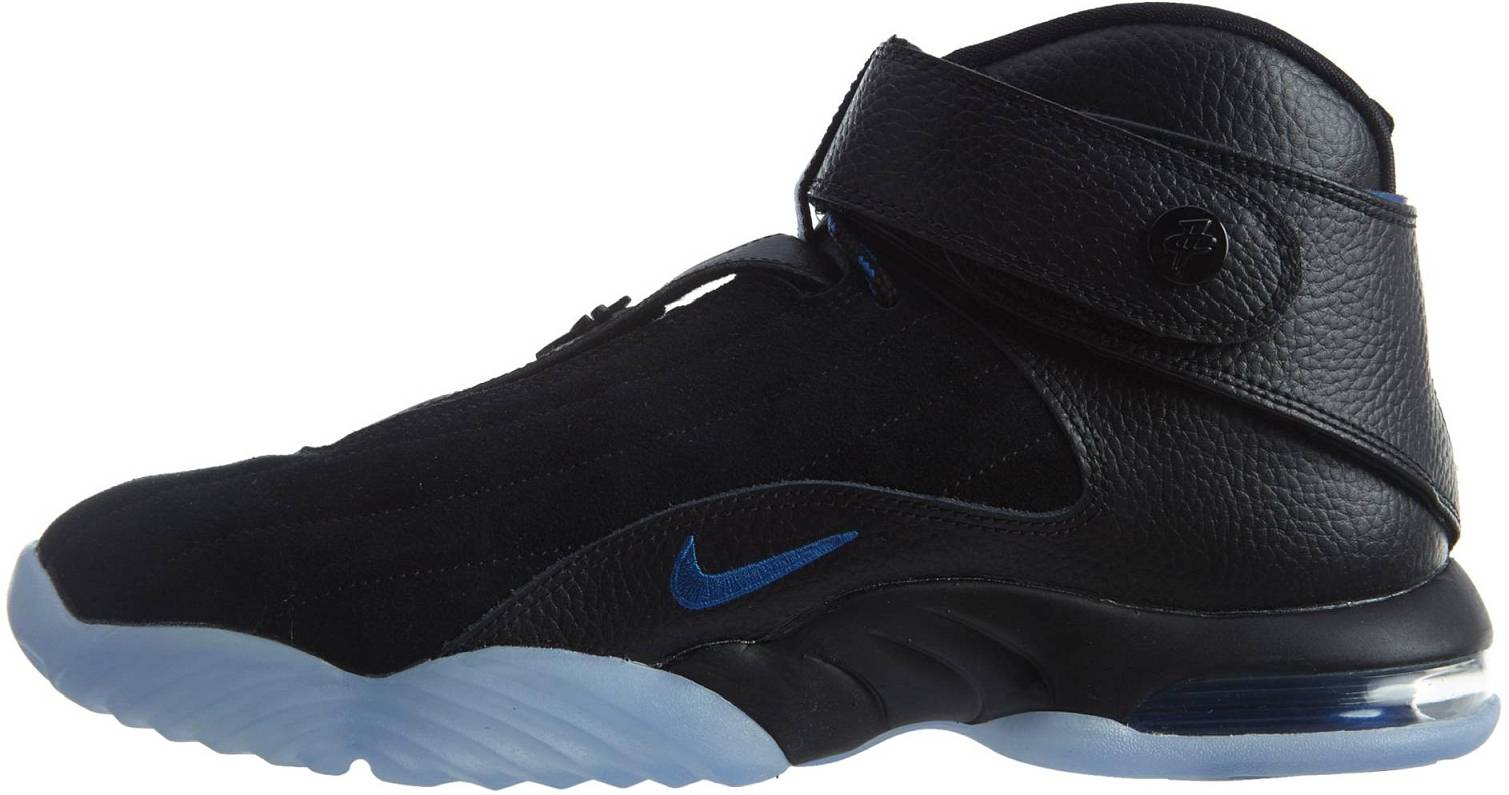 The Nike Air Penny IV, Nike’s mid top basketball sneakers are part of Nike Air Penny collection. The underrated Nike Air Penny IV pays homage to NBA legend Penny Hardaway. While sidelined after its release during the career of the basketball star, the shoes’ retro release in 2012 up to the present is just the right time for it to finally steal the limelight from the other basketball sneakers that were released during its time. There are no special editions of these shoes. These sneakers typically retail for around $160, but you can usually find them cheaper. For great deals, we recommend checking the price on Amazon.

Air Penny IV shoes currently have a 4.7 out of 5 rating, based on 48 user reviews and a 89 Corescore at RunRepeat. We’ve scoured the internet for reviews and user feedback that will help you decide if you want to buy Nike Air Penny IV sneakers. Scroll down below to see what people are saying.

For its $160 price tag, basketball sneaker fans should take hold of this classic as it gives real value for money compared to other overhyped up shoe releases of other NBA stars. A good number of reviewers appreciate the no lacing style for the perfect lockdown fit of the Nike Air Penny IV with the adjustable ankle straps. As early as 2013, other colorways of the Nike Air Penny have released aside from the Black-blue “Orlando” colorway. These are the “Copper” and “True Red or Chicago” colorways. A few reviewers were disappointed that the forefoot Zoom Air unit seems missing from the original release as it doesn’t have the same level of cushioning as before. Several basketball players like the one-piece design that gives a solid look to the shoe. You can purchase Air Penny IV shoes here.

Fans of Penny Hardaway like the One-Cent logo detailing on the upper’s ankle straps and the Penny symbol on the upper as it gives them a nostalgic vibe of the basketball star’s heydays. Some reviewers noted that the flex grooves all over the forefoot tend to make the shoe look visually bulky. Several reviewers praised the Nike designers for retaining the spirals and herringbone pattern on the shoe outsole as it provides a really good grip on the basketball court.

The retro basketball sneaker has an affordable pricing of $160 per pair according to many sneaker fans. Among celebrities spotted wearing Nike Air Penny silhouettes include T.I., Earl Clark. Bow Wow, DJ Kast One, Victor Cruz, and Eminem. Many buyers claimed the shoes have a versatile style that is worn inside the basketball court and outside as a casual shoe. A few online reviewers are worried that the one-piece upper and ankle strap might not hold up in the long run as the hidden lacing system could eventually loosen up and affect the fit. For ventilation, some reviewers claimed the all leather upper could pose problems on breathability as the only ventilation is on the tongue and might also affect in shape retention.

A large number of basketball players complimented its good fitting that helps them do different movements on the court. Numerous reviewers have grown to love the Nike Air Penny as the silhouette reminds them of the late 1990s when the shoe first came out and worn by Orlando’s Penny Hardaway. Some basketball players find these kicks well-built with the sole having durability and traction that can last for months. In terms of cushioning, some reviewers claimed the visible Heel Air Unit has been retained giving the shoe a softer feel and bounce. Tumbled leather all over the Air Penny IV from Nike according to some online critics looks very promising and beautiful while it also lessens break-in time. A lot of users praised the wider carbon fiber shoe base and strap in providing support to the entire basketball sneaker. 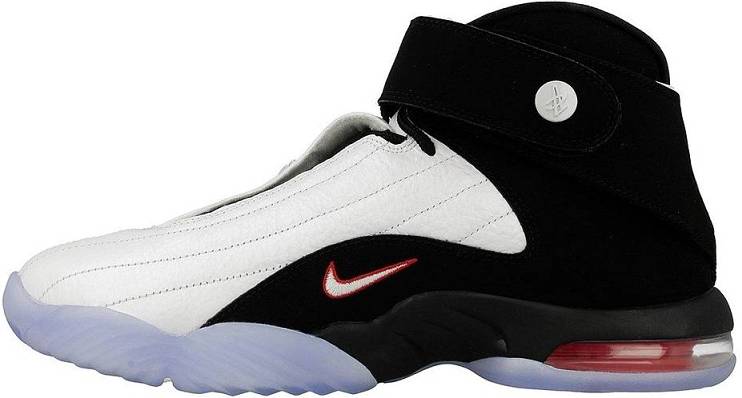 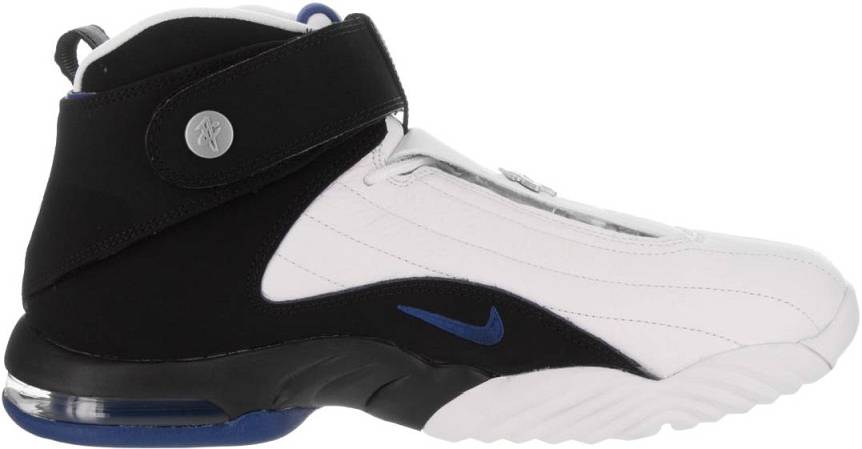 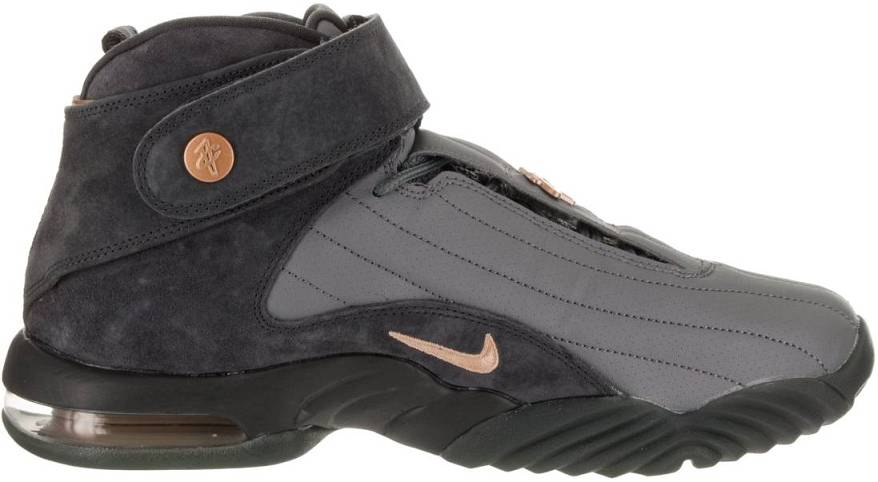