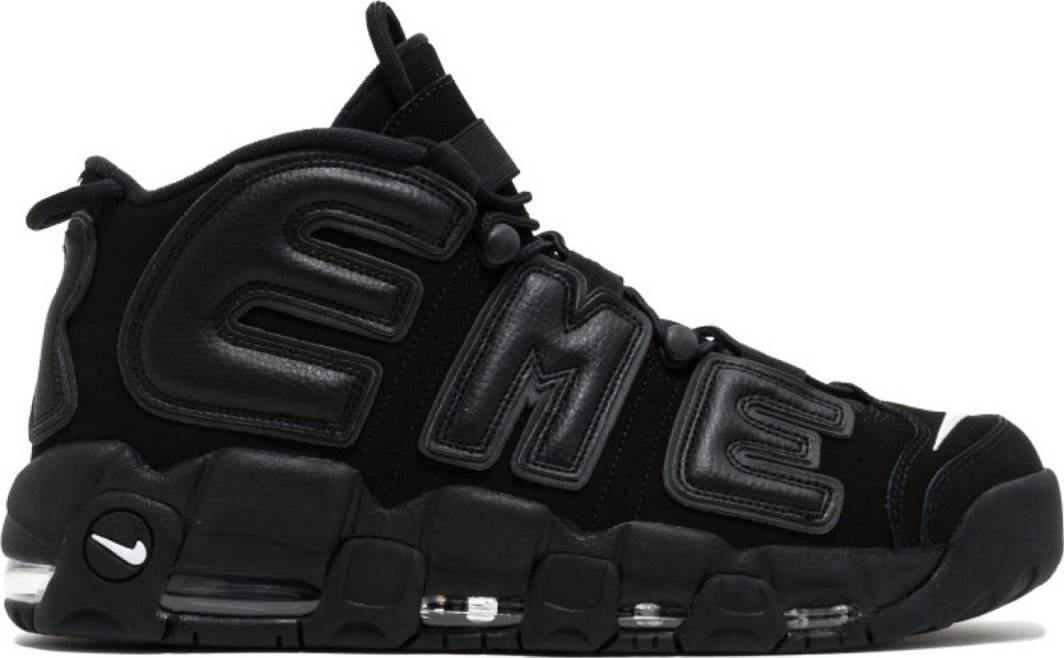 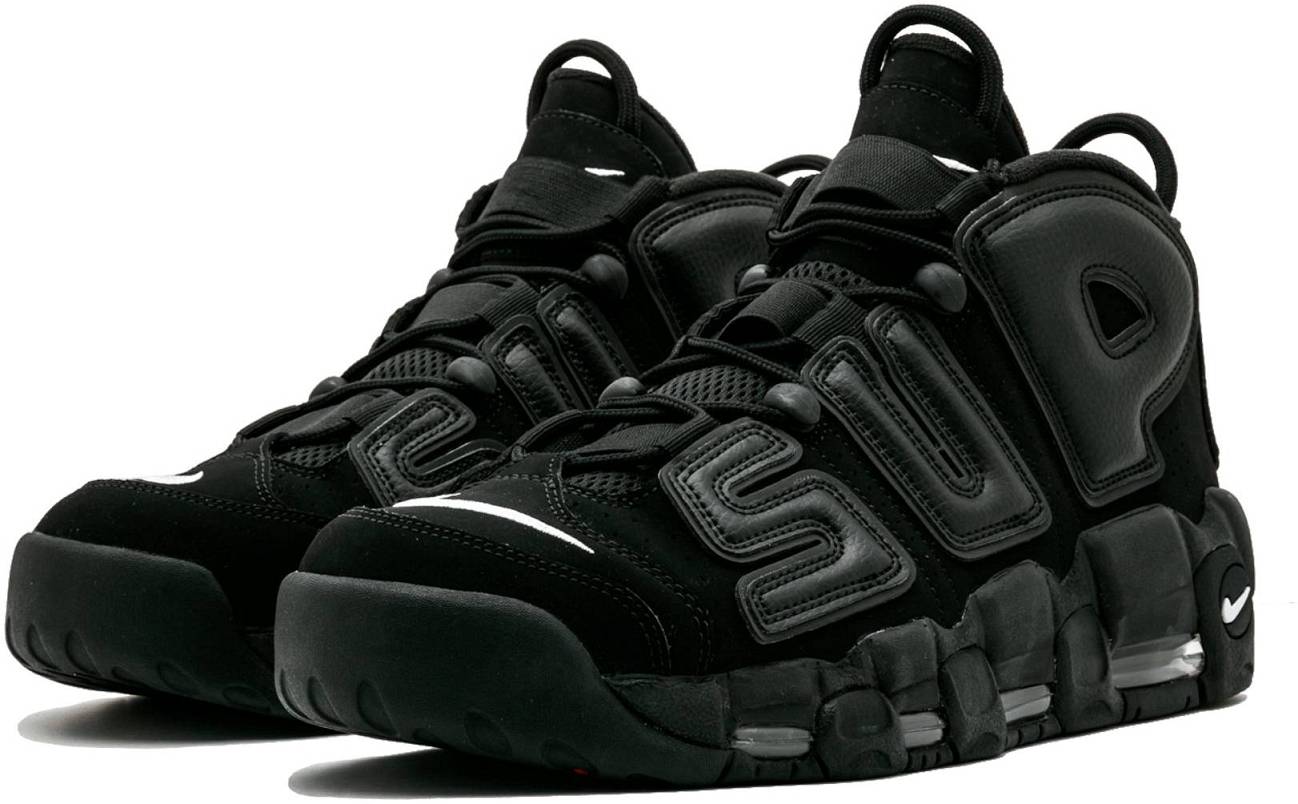 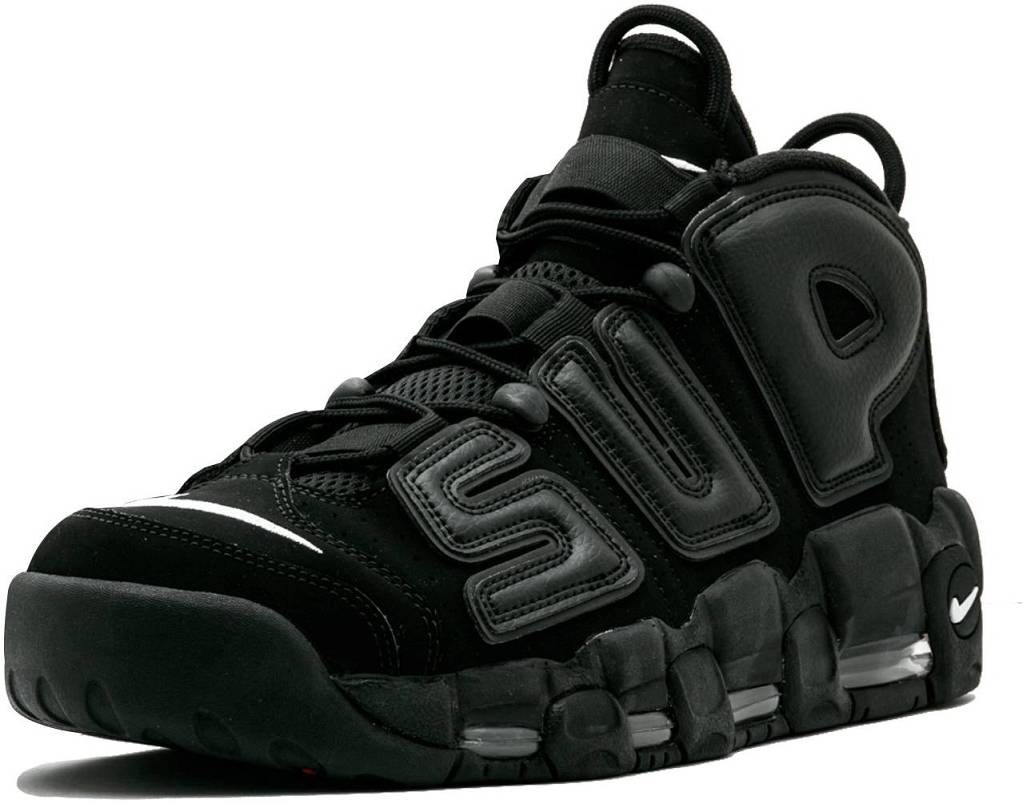 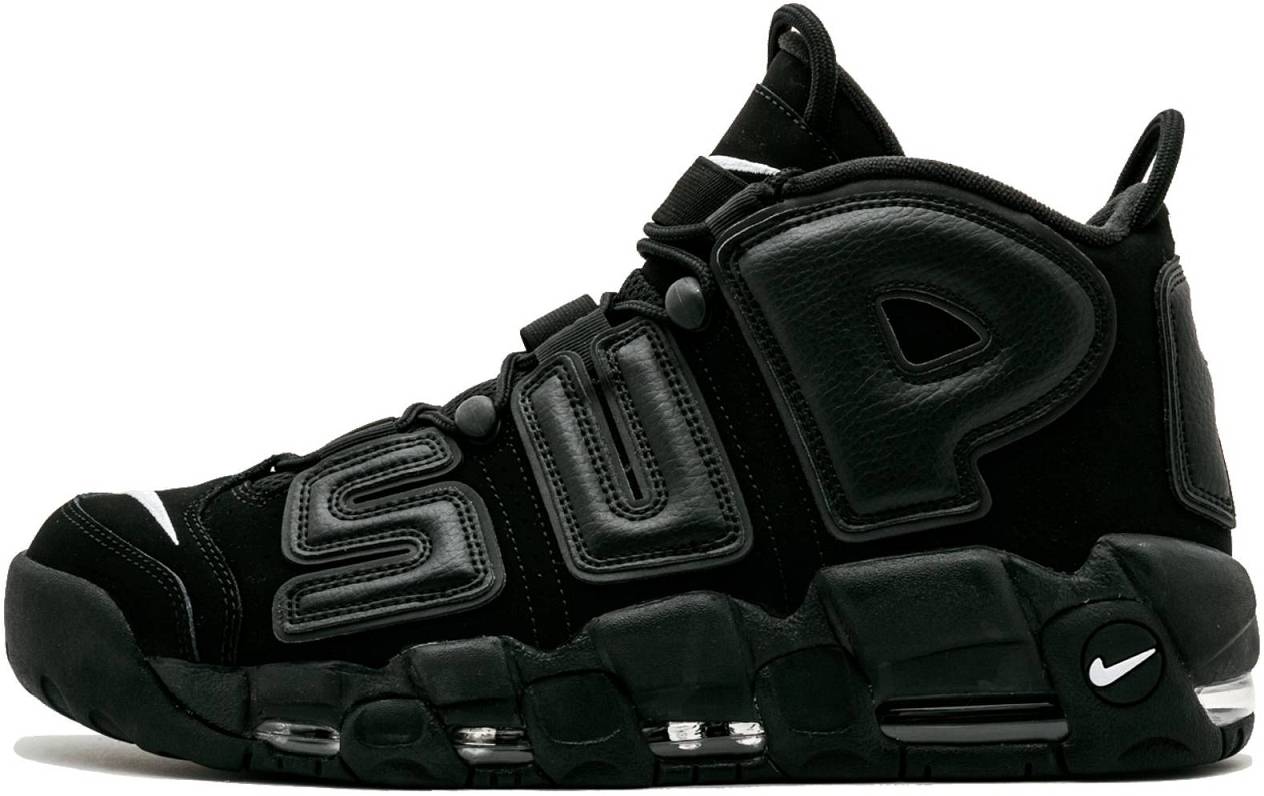 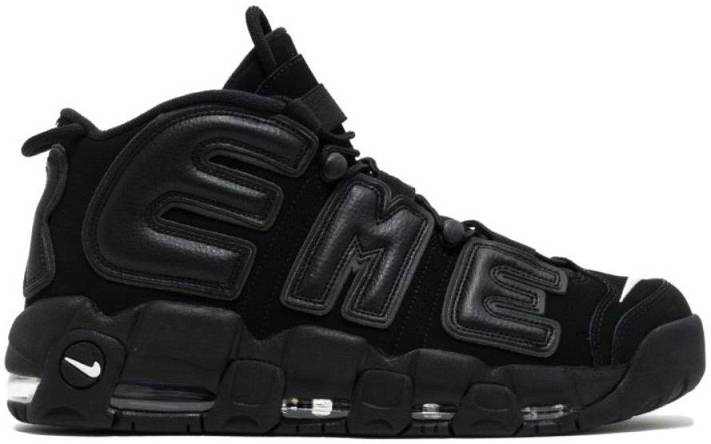 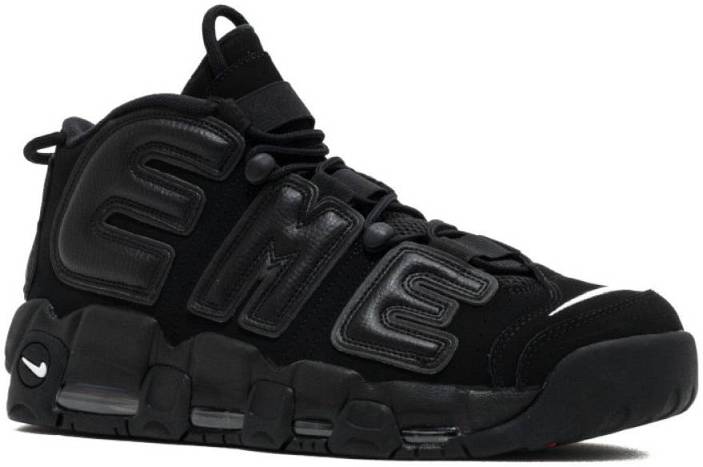 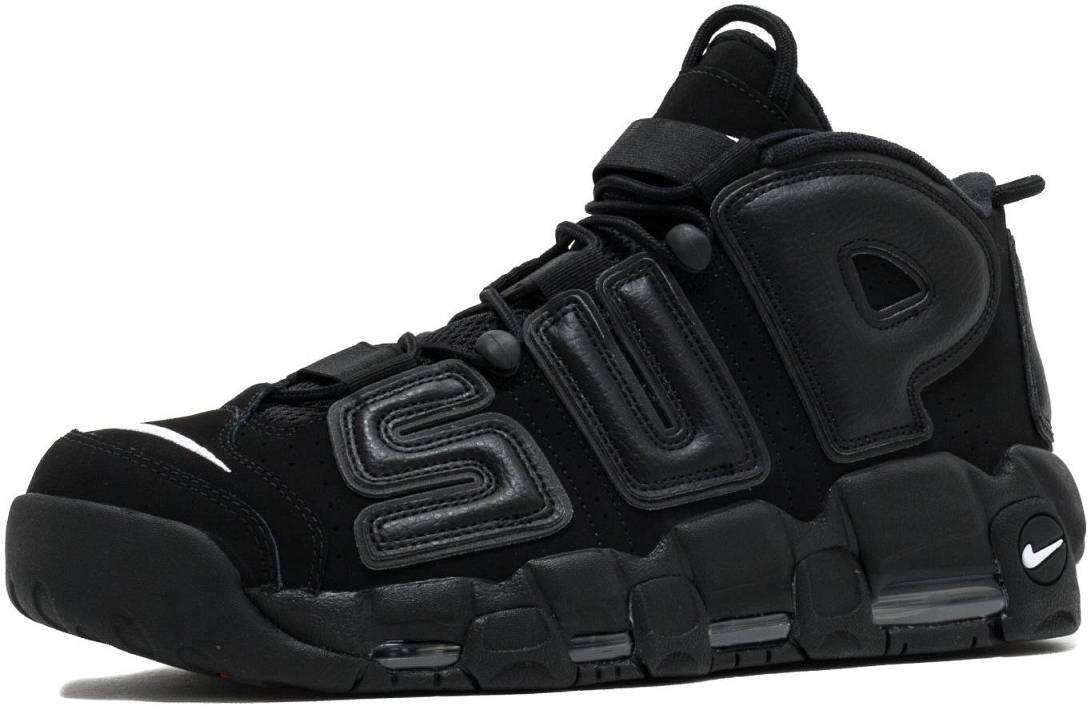 The Nike Air More Uptempo Supreme, Nike’s mid top basketball shoes are part of Nike Air Uptempo collection. The Nike Air More Uptempo Supreme retains the original silhouette hence it packs with it the rich background of its predecessor. Moreover, this shoe’s value just went up a lot higher due to Supreme’s involvement. There are no special editions of these shoes. These sneakers typically retail for around $180, but you can usually find them cheaper. For worthy deals, we recommend checking the price on Amazon.

The shoe provides adequate comfort thanks to its Ortholite infused insoles. The red colorway is custom-made by Supreme while the black colorway is said to be a nod to the Uptempo OG’s signature colorway. The words “WORLD FAMOUS” are placed on the laces’ tips. The box comes with an extra pair of white laces and Supreme stickers. Insoles are removable. A number of purchasers said the shoe runs a bit big.

Its bold design was viewed as stylish by some fashion savvy sneakerheads. The shoe is also known as Nike Suptempo. This release is considered a heavyweight collab that is highly anticipated. A small number of purchasers think the shoe is worth its price because it is very detailed and one-of-a-kind. Another video reviewer said the Nike Air More Uptempo Supreme’s bold style is not for everyone.

The Nike Air More Uptempo Supreme is available in 3 colorways. The involvement of the streetwear giant Supreme and its limited stocks makes it a hot commodity in the eyes of sneaker enthusiasts. Some say if you own one of this then youve got bragging rights.