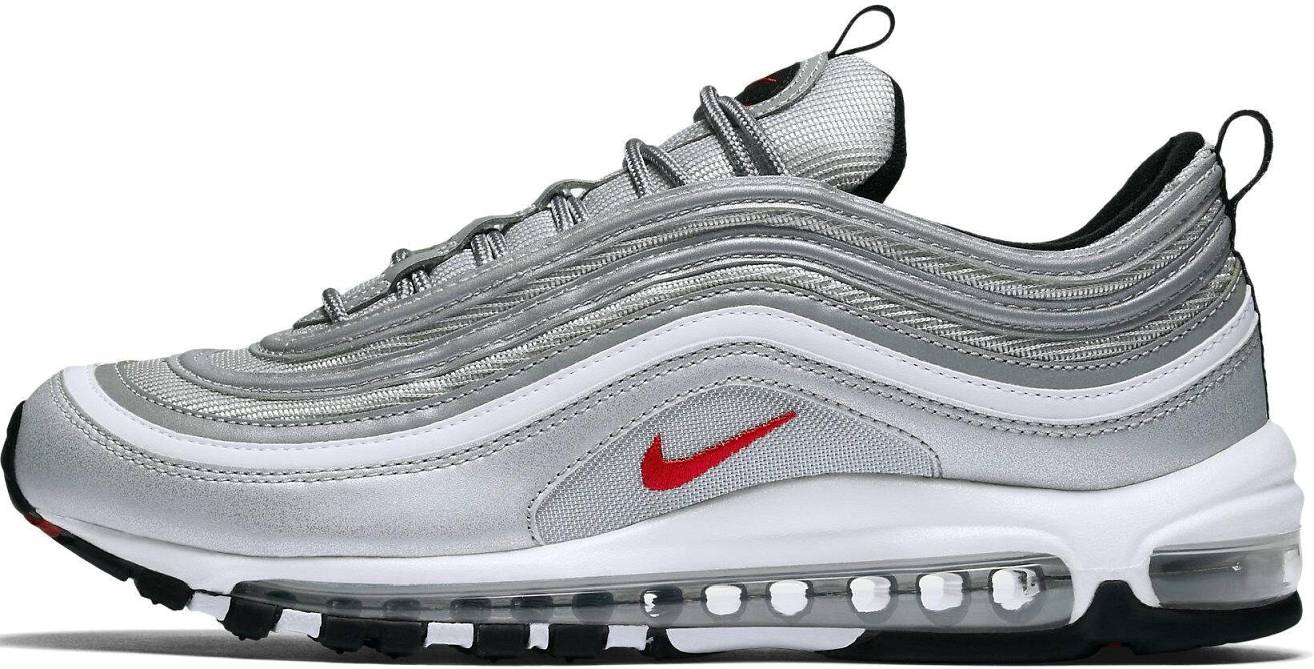 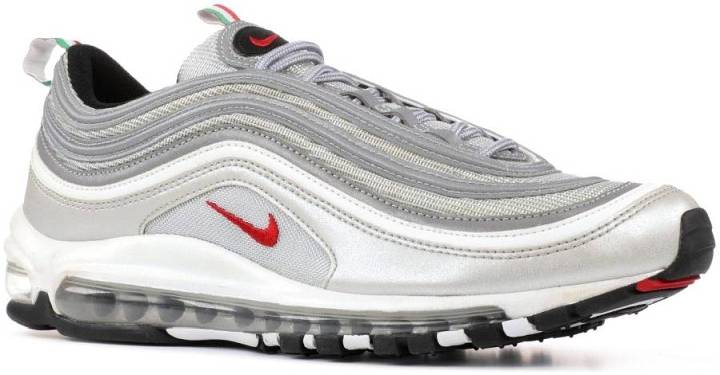 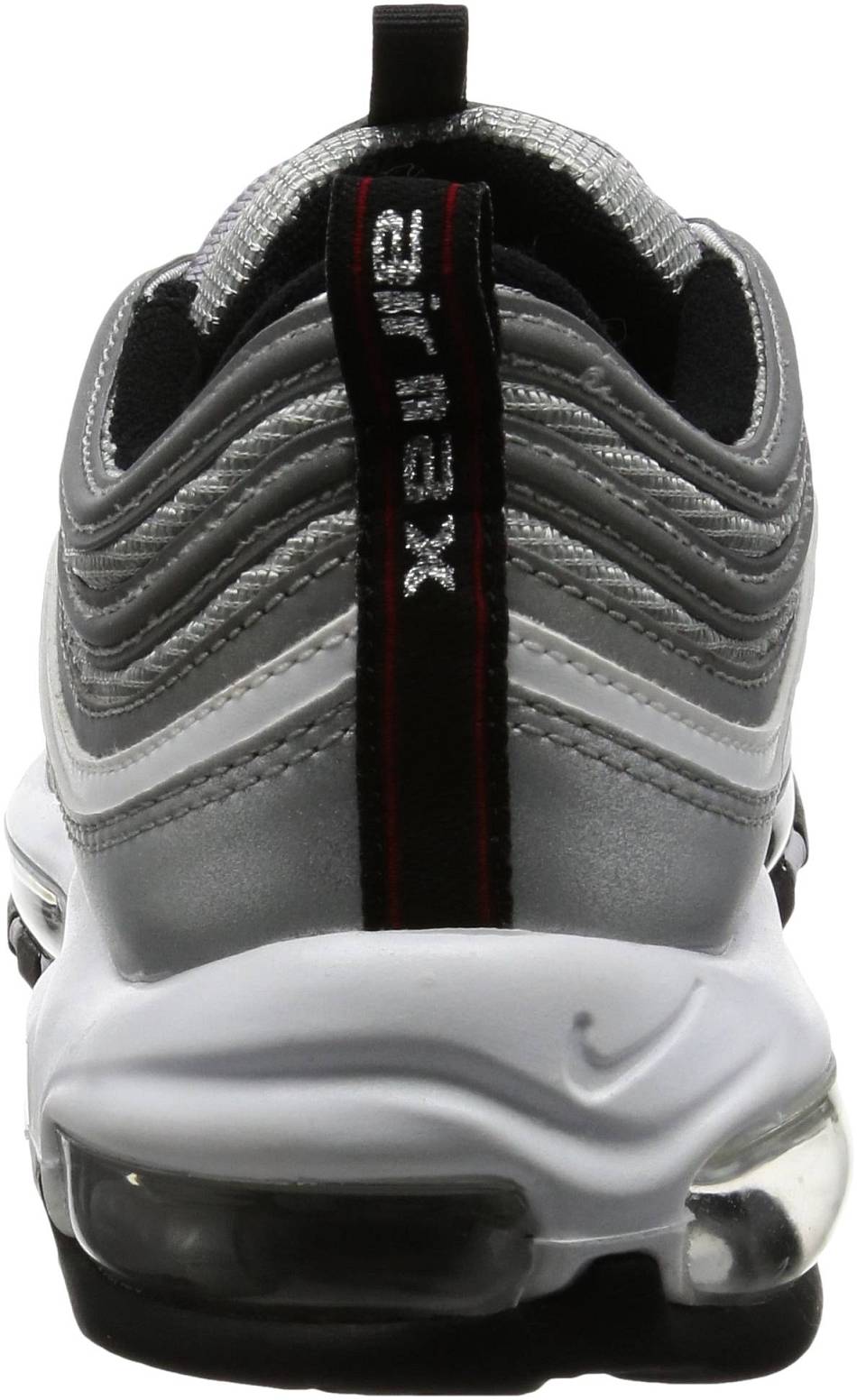 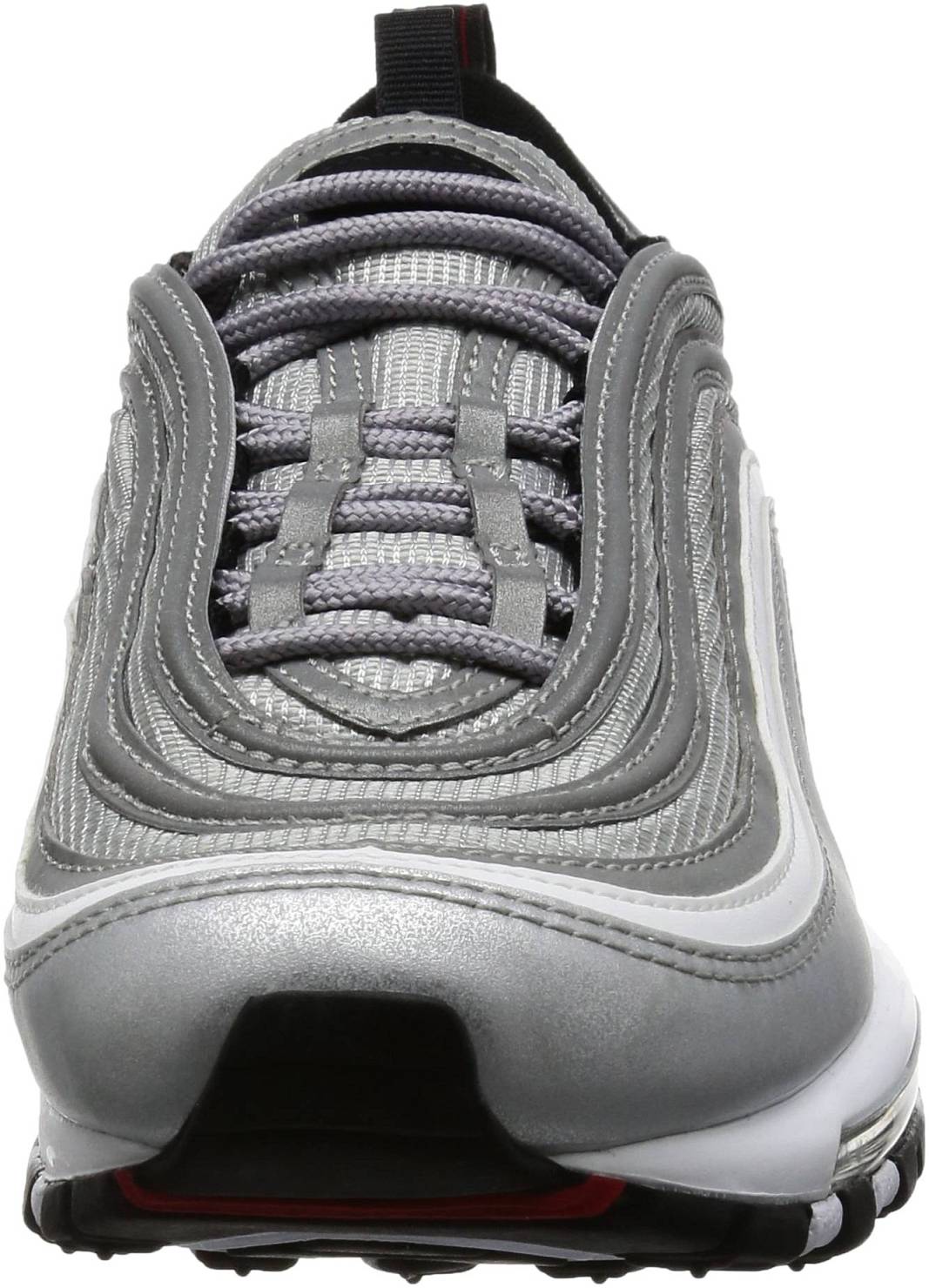 The Nike Air Max 97 OG Metallic Silver, Nike’s low top running sneakers are part of Nike Air Max 97 collection. The 360-degree metallic finish of the Air Max 97 OG from Nike remains a standout among sneaker lovers who have witnessed the birth of this beaming icon back in the day and waited for its comeback. The fine detailing on its silvery upper complemented by its cushiony Air Sole bubble on the sole gives this shoe a classy and sporty edge. With several technologies and rich stories interwoven in this shoe, it deserves a special spot in the shoe closet as it is a worthy investment. There are no special editions of these shoes. These sneakers typically retail for around $170, but you can usually find them for less. For worthy deals, we recommend checking the price on Amazon.

Fans who did not get the chance to own a pair of the original Air Max 97 that debuted in 1997 are very pleased with the comeback of the Nike Air Max 97 OG Metallic Silver. The black insoles with a metallic Swoosh on the heel are completely removable. There are few visible brush strokes on the white portion of the midsole. A huge number of reviewers raved about the ever striking metallic wavelike curves of the Silver Bullet . You can purchase Air Max 97 OG Metallic Silver shoes here.

Loyal Air Max fans, copped this retro as it brought them so much nostalgia. The Air Max 97 OG Metallic Silver does not have the PSI markings. The Air Sole technology was innovated by aeronautic engineer Franklin Rudy and was first incorporated in the Nike Tailwind in the 1970s. Aside from the Silver Bullet, Air Max 97 loyal fans are bombarded with more than 13 other variations of this classic yet futuristic sneaker, which includes collaborations with retailers such as UNDFTD, which are dropped on its 20th Anniversary year. Nike came out with a shinier rendition of the 360 degree-reflective Air Max 97 Metallic Silver, in the Swarovski Air Max 97 LX. The black Swarovski version was dropped in the Spring of 2017 and the silver edition in the Fall of 2017. There are roughly 55,690 Swarovski crystals in a pair of this sneaker. Not many retailers released online during its launch, making it hard to cop a pair. The mesh material that makes up the tongue is very soft to the touch.

The sneaker’s chrome-like and pearl finish is truly exceptional, according to Air Max enthusiasts. The original Nike Air Max 97 has tuned air in the heel area in varying pressure units. PSI markings seen at the bottom of the heel of the Air Max 97 stands for pounds per square inch. Both lateral and medial sides have tuned air in 25psi while at the rear side of the heel is in 5psi. Ideal for night running as one can be easily seen when they go flying like a bullet with this sneaker. By closer inspection, a reviewer noticed that the laces of the shoe are worn on the edges. One reviewer noted some glue stains on the upper. The AM97 OG Metallic Silver is an expensive pair of retro sneaker.

Its lacing system makes the Air Max 97 OG Metallic Silver more attractive. It’s great to have a pair of kicks that has so much history behind it. Buyers said the Nike AM 97 Silver Bullet is true to size. Very comfortable with the full-length air bladder underneath. The thick insole of the Metallic Silver version of the Air Max 97 OG is very comfortable.