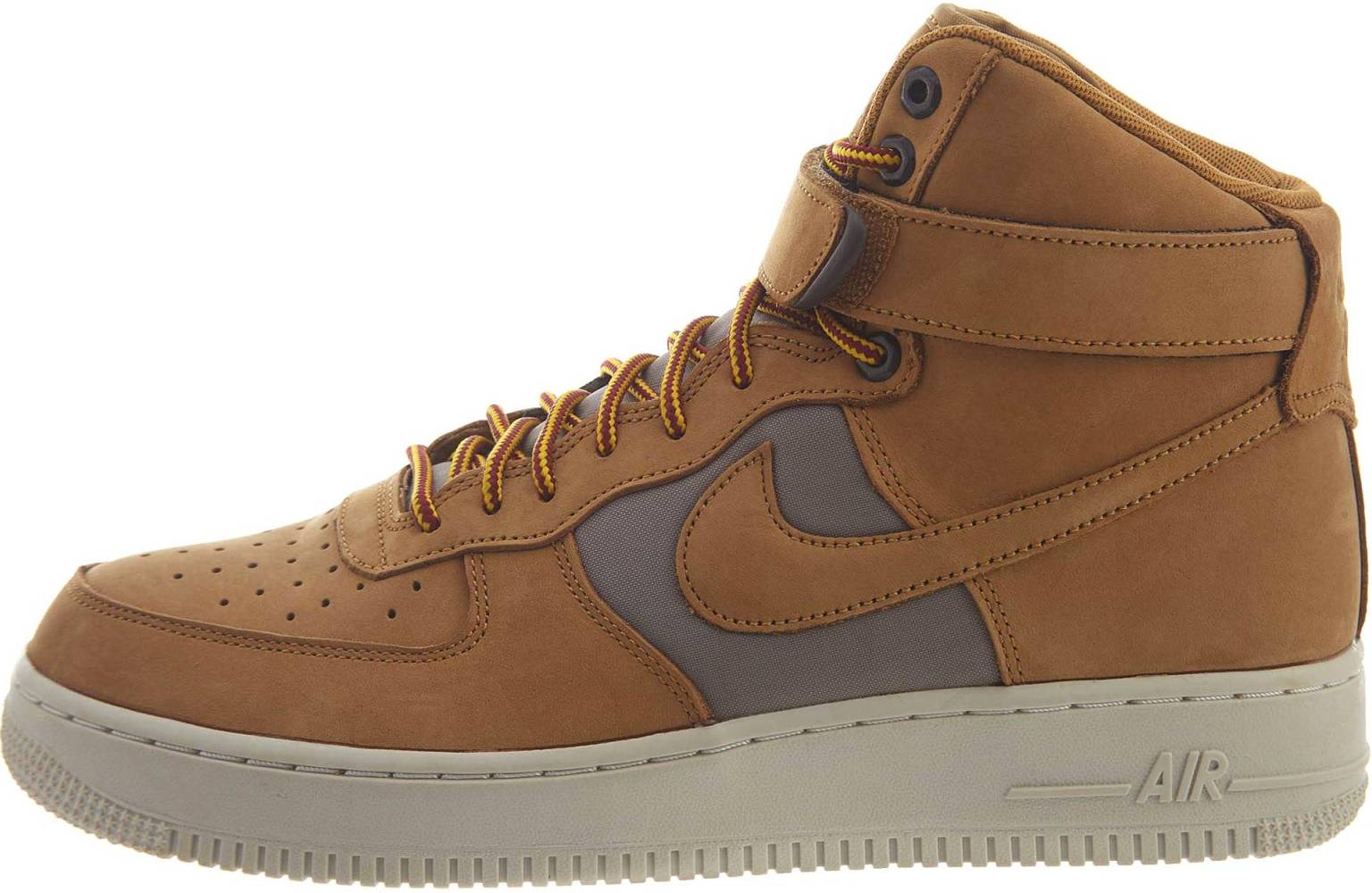 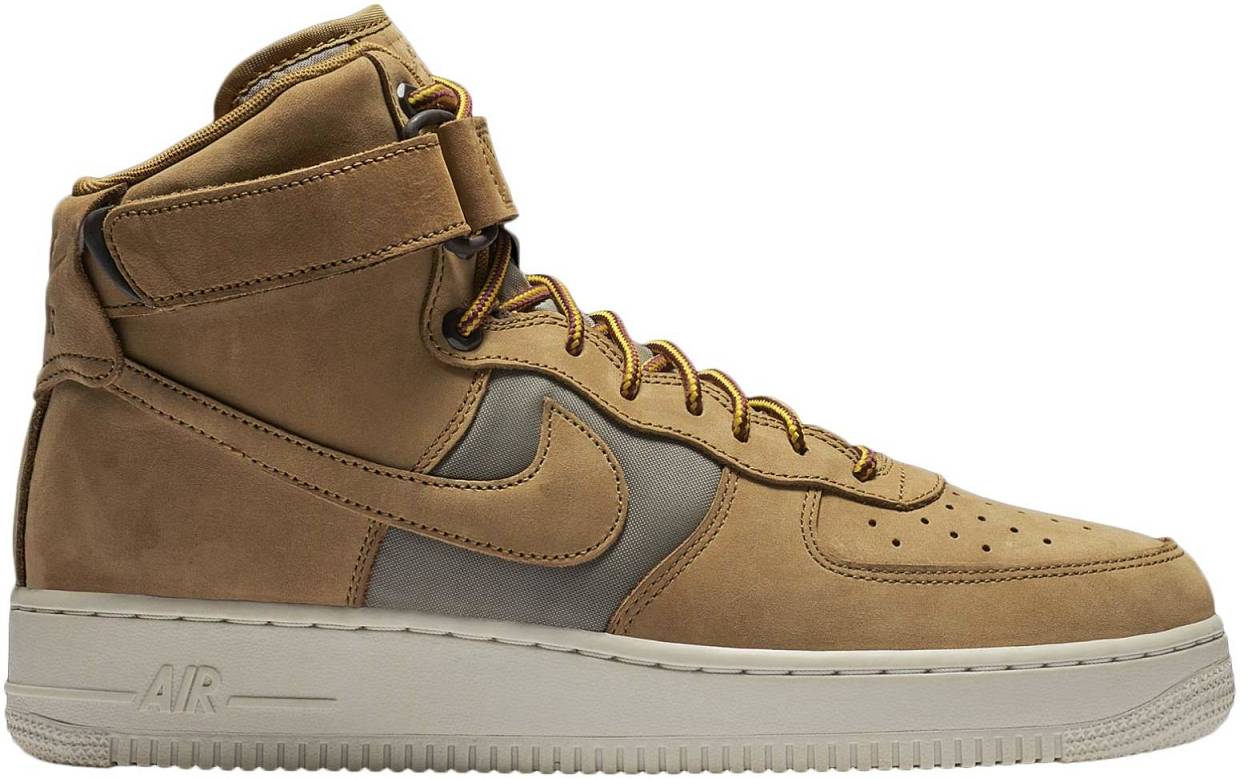 The Nike Air Force 1 High, Nike’s high top basketball shoes are part of Nike Air Force 1 collection. The comeback version of the much-adored 1980s Nike Air Force 1, garbed in a range of bold color palettes, draws attention for those who prefer an exciting and fresh match for their outfits. This edition offers cushioning around the ankle and a secure fit. There are 5 special editions of these shoes. These sneakers typically retail for around $100, but you can usually find them cheaper. For good deals, we recommend checking the price on Amazon.

Air Force 1 High shoes currently have a 4.4 out of 5 rating, based on 1303 user reviews and a 88 Corescore at RunRepeat. We’ve scoured the internet for reviews and user feedback that will help you decide if you want to buy Nike Air Force 1 High sneakers. Scroll down below to see what people are saying.

This retro-style Air Force 1 High may no longer be fitted for serious b-ball games, but it scored high as a street-appropriate option like other AF1 sneakers . Its decent price tag is a come-on too. The retro Nike Air Force 1 High offers good ankle support, some critics have mentioned. The creative mind behind AF1, Bruce Kilgore took cues from the façade of the Cathedral of Notre Dame in designing the contours of the sole. A Nike fan who was enthralled with the Air Force 1 Low has been dissatisfied with this version as it’s heavy on the feet. The outsole is sturdy and will surely last for a long time, according to several reviewers. You can purchase Air Force 1 High shoes here.

This sneaker with an adjustable strap around the ankle and desirable length of laces provide a good lockdown fit. One of the initial wear testers of the Air Force 1 is Nike’s stalwart designer Tinker Hatfield who joined Nike in the early 1980s. The AF1 has created a strong force in the market, stemming from the East Coast, since the early 1980s. There were several hip-hop icons whose names were linked to the Air Force 1, namely: 3rd Bass Prime Minister Pete Nice, Jay Z, Belizean rapper Shyne, trios The LOX and G-Unit. Upon its release in 1982, Nike enlisted six NBA players to introduce the Air Force 1. Later known as the “original six,” the group is comprised of Moses Malone, Mychal Thompson, Bobby Jones, Calvin Natt, Jamaal Wilkes, and Michael Cooper. To endorse and market the new shoe, each of the six players was among the first ones to receive the AF1 in the OG white/gray colorway. During the 25th year commemoration of the Air Force 1, Nike created the “Second Coming” campaign that featured new generation of top NBA players Rasheed Wallace, Shawn Marion, Steve Nash, Amare Stoudemire, LeBron James, Kobe Bryant, Chris Paul, Paul Pierce, Jermaine O’Neal, and Tony Parker to endorse the Air Force 1 ’07. Some reviewers are unhappy with the ventilation holes on the upper as these don’t provide enough air to the foot. The Nike Air Force 1 High is affordable, with some designs available in marked down prices.

According to buyers, the high top Air Force 1 does not need a long break-in time. The original prototype of the Air Force 1 apparently has mesh material and not of full leather. This shoe was inspired by Nike Air Approach hiking cleats. Its vivid colors make an attire stylish.

The cushioning is good for walking around. This high-top shoe stays clean for a long time. The padding around the ankle provides support and cushioning. 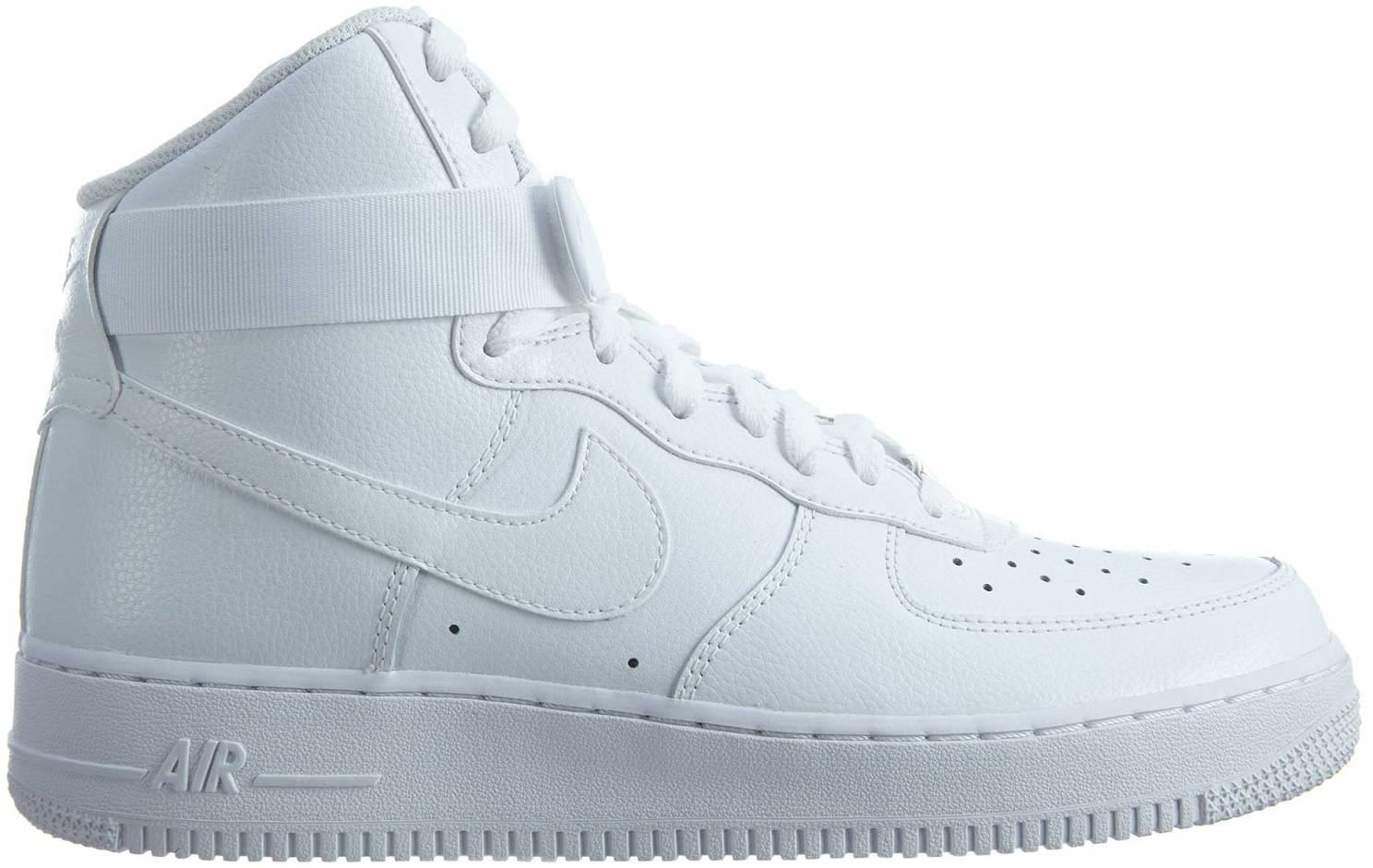 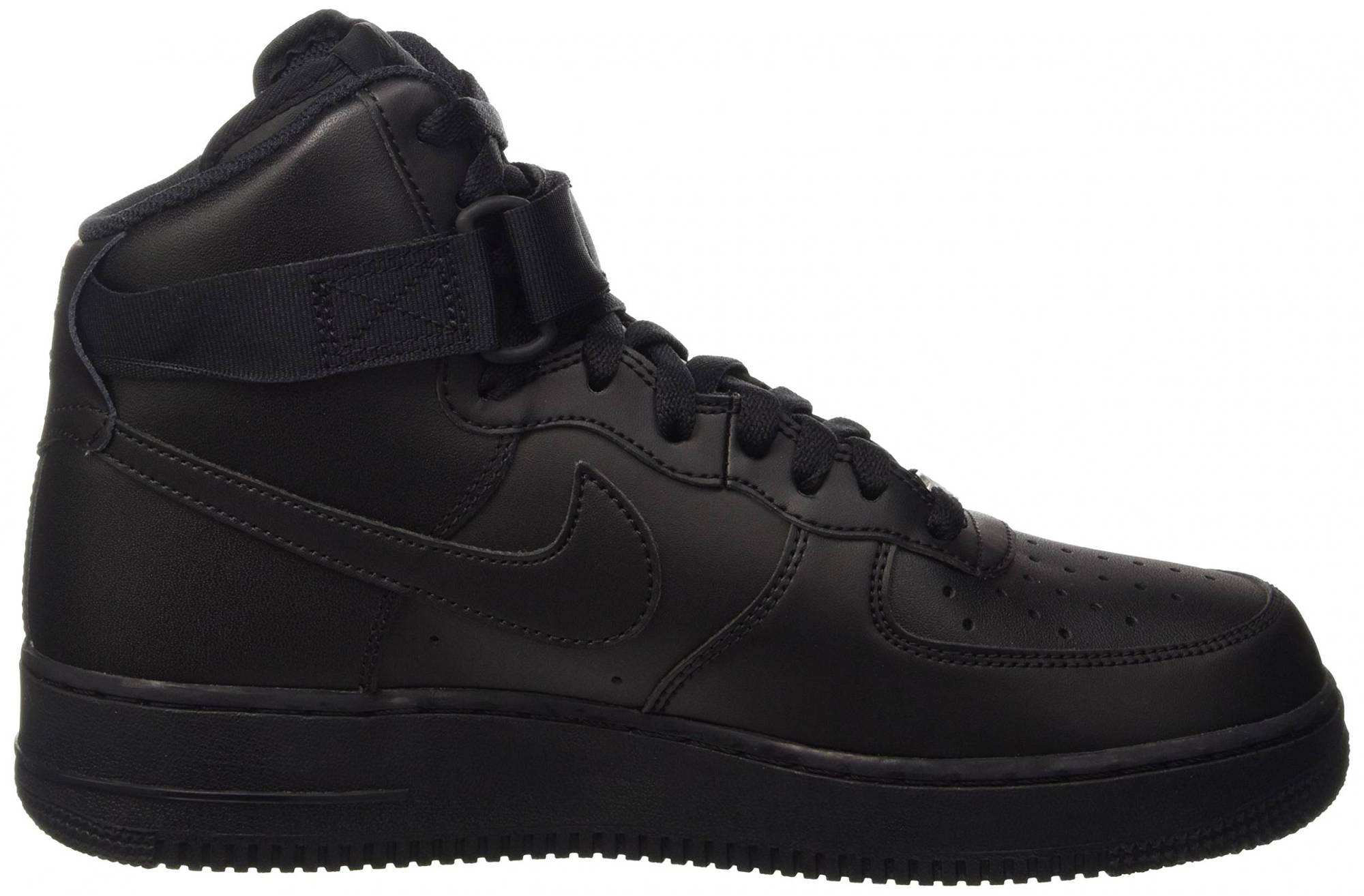