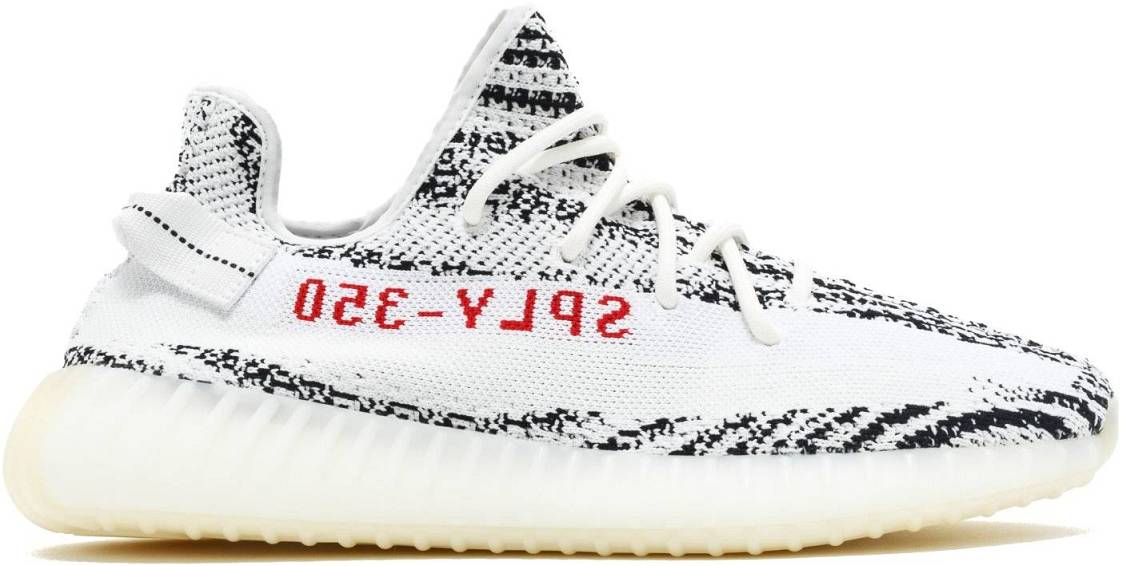 The Adidas Yeezy 350 Boost v2 Zebra, Adidas’s low top casual sneakers are part of Adidas Yeezy collection. The Adidas Yeezy Boost 350 V2 Zebra is easily one of the most coveted and hyped sneakers on the market to date. It has a striking black and white pattern that can make any outfit stand out from the rest. There are no special editions of these shoes. These sneakers typically retail for around $220, but you can usually find them cheaper. For good deals, we recommend checking the price on Amazon.

Aside from all the aesthetics, its utmost comfort is one of the main factors why many consumers have always wanted a pair of these hard-to-get kicks. It is undoubtedly an expensive, hard to acquire shoe like any other Yeezys, but such characteristics make it even more desirable to a huge number of consumers. The Adidas Yeezy Boost 350 v2 Zebra is extremely comfortable according to the majority of reviewers. Some even said that it is the most comfortable among all other Yeezy Boost 350 models. Several celebrities have been spotted sporting these kicks such as Victoria Beckham, Kanye West, Kim Kardashian, Kylie Jenner, Justin Bieber, DJ Envy, and more. Many purchasers find it difficult to cop this shoe because of limited availability. Many buyers agree that this is one of the best Yeezy Boost 350 V2 releases to date. You can purchase Yeezy 350 Boost v2 Zebra shoes here.

It is not hard to clean, as attested by one video reviewer. On the inner side of the heel down towards the midsole can be found the three stripes branding that glows under a UV light. The ankle collar is well-padded for added comfort. The shoe also bears a white removable insole with the Adidas Yeezy branding. The Yeezy Boost 350 V2 Zebra is very expensive.

Another reviewer mentioned that the materials of this shoe are just perfect. The Adidas Yeezy Boost 350 V2 Zebra is the first sneaker in its line to have a white midsole. The back part of the midsole bears a noticeable cream to yellow color. The outsole of this shoe bears few Boost windows along with seven dots in a cross configuration. On some releases, though, the seven dots are presented in a straight line. The word “Boost” is engraved in the heel area of the outsole, while the “Adidas” branding and the Trefoil logo can be found towards the tip part. Many reviewers liked the pull tab on the heel counter because it makes the shoe easier to put on and it adds a nice touch to the overall design of the shoe. Some buyers are disappointed that the pairs they received were stained or have factory defects.