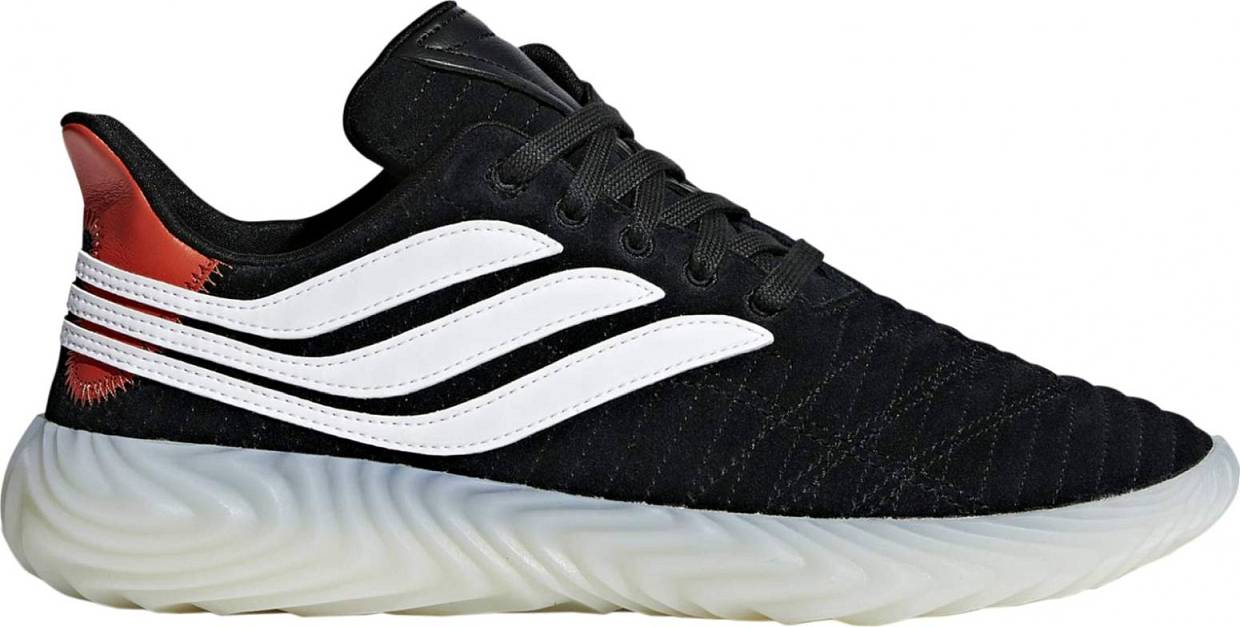 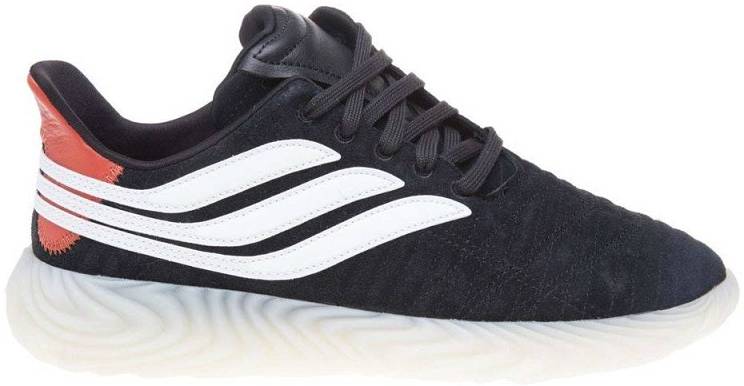 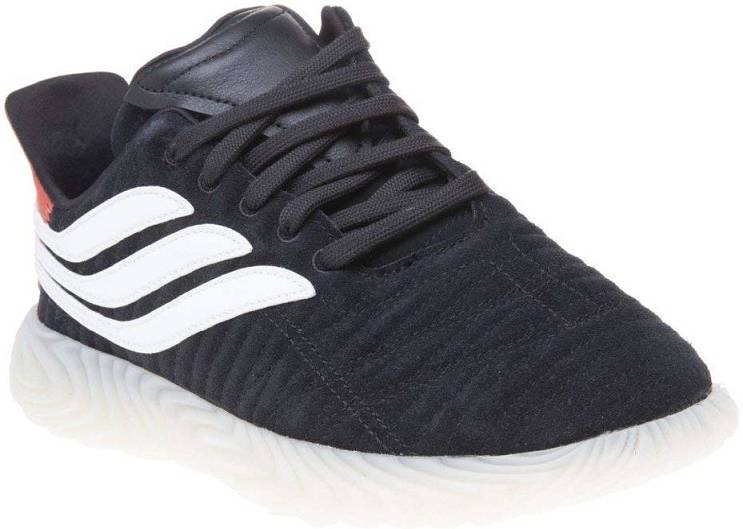 The Adidas Sobakov, Adidas’s low top football sneakers are part of Adidas Originals collection. After the release of the Adidas Kamanda with a deliberately misshapen midsole, the Adidas Sobakov came next. Although its catchy sole and impressive detailing were lauded by many, some consumers were divided with their opinions about the shoe’s comfort. There are no special editions of these shoes. These sneakers typically retail for around $120, but you can usually find them for less. For best deals, we recommend checking the price on Amazon.

Sobakov shoes currently have a 4.6 out of 5 rating, based on 16736 user reviews and a 92 Corescore at RunRepeat. We’ve scoured the web for reviews and user feedback that should help you decide if you want to buy Adidas Sobakov sneakers. Scroll down below to see what people are saying.

Users affirmed that the midsole grants sufficient cushioning but it isn’t in any way near with Boost’s responsiveness. Purchasers may need to take note too, that the low-top Sobakov runs relatively large. Overall, many deemed this Adidas Originals lifestyle kick a decent deal as it is excellently crafted. Many hailed the design of the Adidas Sobakov as it is very innovative and unique. The plain leather panel stitched on top of the tongue has no branding on it. However, the Sobakov and Adidas logo patches are sewn under the tongue. Several users noted that it isn’t the most ventilated upper they have tried on. Its knitted composition is more durable than Primeknit. You can purchase Sobakov shoes here.

Its overall style, punctuated by its chunky sole is the main reason why buyers were attracted to it. The heel counter is made of leather. The flat laces that make up the front closure are looped through the embroidered eyelets. The name Sobakov is an amalgamation of two Russian words: “sobaka” for dog and “volk” for wolf. These animals that work in packs somehow portray the hordes of supporters of opposing soccer teams. The upper is denser than Primeknit and isn’t too stretchy as other knitted covers, according to a couple of buyers. Quite a lot of wearers find this sneaker comfortable.

As described by several reviewers, the 3D herringbone pattern throughout the midsole and outsole fused well with the upper design. The insole is made with a faux leather finish. The Three-Stripes branding is reflective. The ridged knit upper is thicker than Primeknit, noted by few buyers. The collar is sparsely padded. More than a few wearers deemed that this sneaker runs large. Many were not too impressed that this shoe comes noticeably heavy.

Where to buy Sobakov: You can buy Adidas Sobakov on Amazon.

A mix of narrow- and broad-footed wearers declared that there’s enough room on the sides of the shoe and ample space on the toe box. A couple of purchasers preferred the sizeable wavy pattern on the Sobakov midsole than the intricate design on the Kamanda. Lots of satisfied buyers asserted that this kick is structured with excellent quality materials. The reflective detailing on the Three Stripes logo popped in the dark and when hit by flashing light. Heaps of buyers held this stylish sneaker as totally worth it. 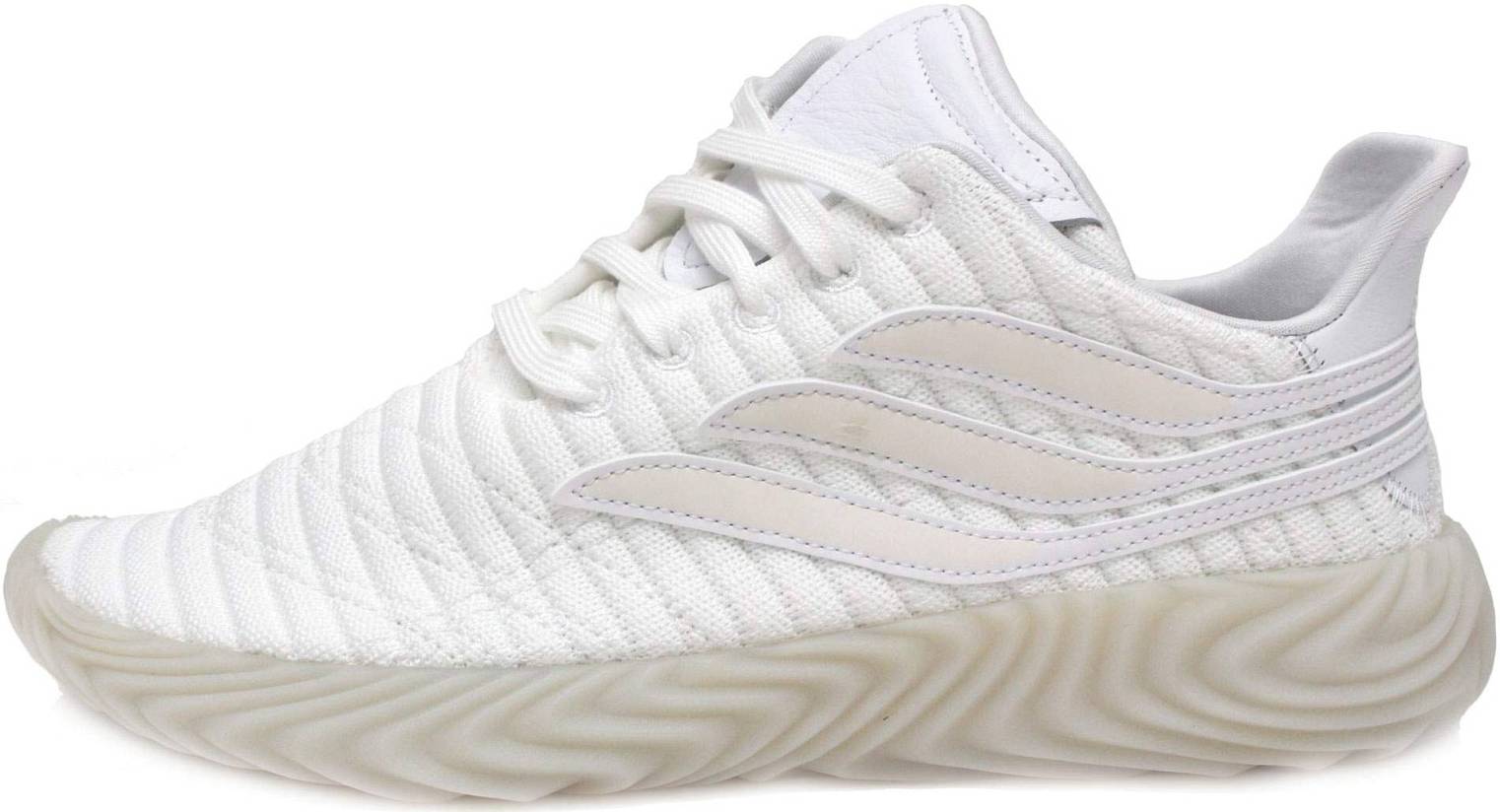