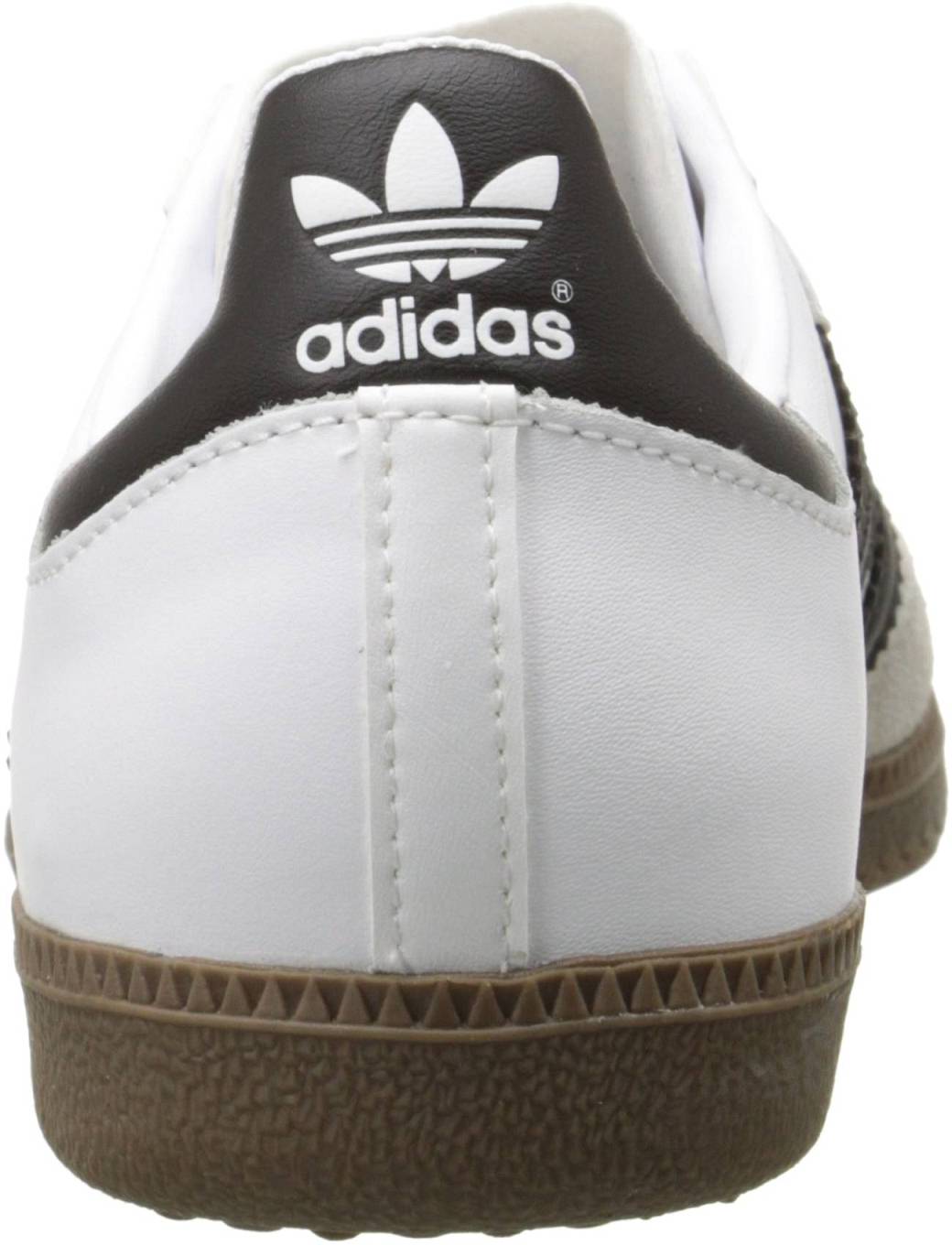 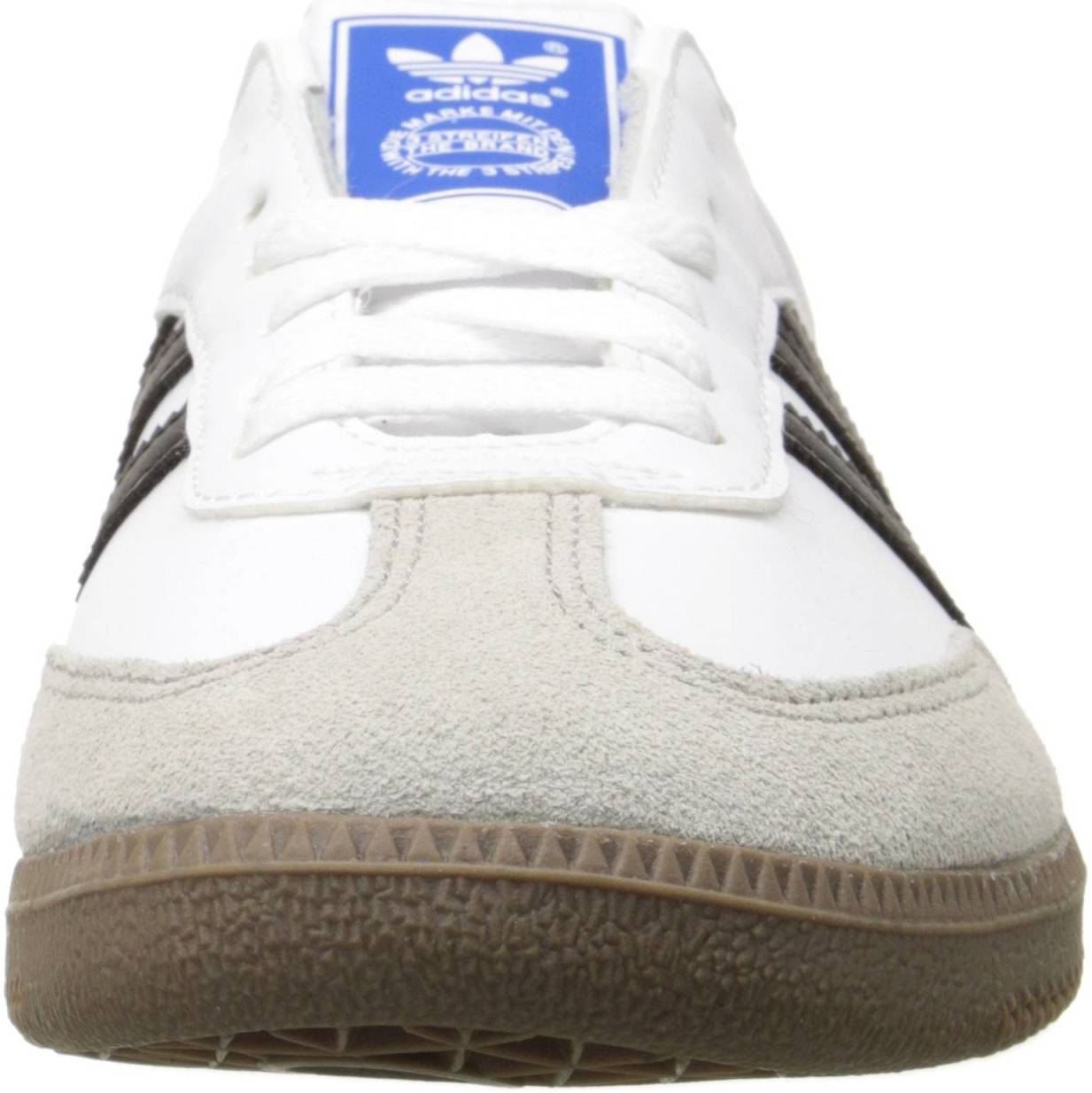 The Adidas Samba, Adidas’s low top football sneakers are part of Adidas Samba collection. This iconic soccer footwear turned lifestyle shoe continues to make waves in the market. Not only is the Adidas Samba famous for its classic aesthetics, but it is also well-liked for its affordability, durability, and versatility. There are 10 special editions of these shoes. These sneakers typically retail for around $90, but you can usually find them cheaper. For good deals, we recommend checking the price on Amazon.

Samba shoes currently have a 4.5 out of 5 rating, based on 6589 user reviews and a 89 Corescore at RunRepeat. We’ve scoured the internet for reviews and user feedback that will help you decide if you want to buy Adidas Samba sneakers. Scroll down below to see what people are saying.

Despite its popularity, this shoe was nitpicked for being squeaky. Regardless, it remains unchanged as the majority choose to tolerate its minor flaws. Sold at a pocket-friendly price, many remain pleased with its good looks, performance and reliable comfort. The Adidas Samba flaunts a vintage look that is simple and clean yet appealing to most Adidas fanatics. For added comfort, the interior of the shoe is lined with textile and the collar is lightly padded. A significant number complained about the shoe’s sole or leather upper squeaking. The majority of the reviewers considered this shoe as affordable. You can purchase Samba shoes here.

The Adidas Samba shoes received heaps of praises for its comfortable in-shoe feel. Adidas wordmark can be found on its tongue and heel tab. Traditional lace-up closure with flat laces is added to achieve optimal fit. The Samba callout, which is printed in gold, can be located on the sneaker’s lateral side. For some colorways of the men’s Adidas Samba, the option to personalize is available for an uptick in the price. This allows the buyer to add a personal name or a number of their choice on the right and/or left shoe. More than a handful of buyers noted that the Samba from Adidas runs a bit tight and small. It broke in quickly, a large number of buyers remarked.

More than a handful revealed that the shoe held up even after using it daily for several years. The famous Three-stripe logo in contrasting color completes the look of the Adidas Samba. This shoe’s insoles are not removable. Those who wore the sneaker for cycling, soccer, running, driving as well as long walks and trail hikes were pleased with its satisfactory performance. A couple of users were dismayed that the insoles on this model wore out after a month or so of usage. The tongue on this shoe slipped and twisted, a few users observed. Its sole was hard and was not as grippy as expected, not many advised. One or two wearers said that it slipped on wet surfaces.

Where to buy Samba: You can buy Adidas Samba on Amazon.

The shoe is lightweight and solidly-built, based on a good number of reviews. Some wore the Adidas Samba sneakers during rainy days and were happy that the interior of the shoes remained dry. The sneaker looked terrific in person than online, a few noticed. Not many wore this shoe with orthotics. Those who did felt contented with its fit. This sneaker is available in a wide array of colorways.