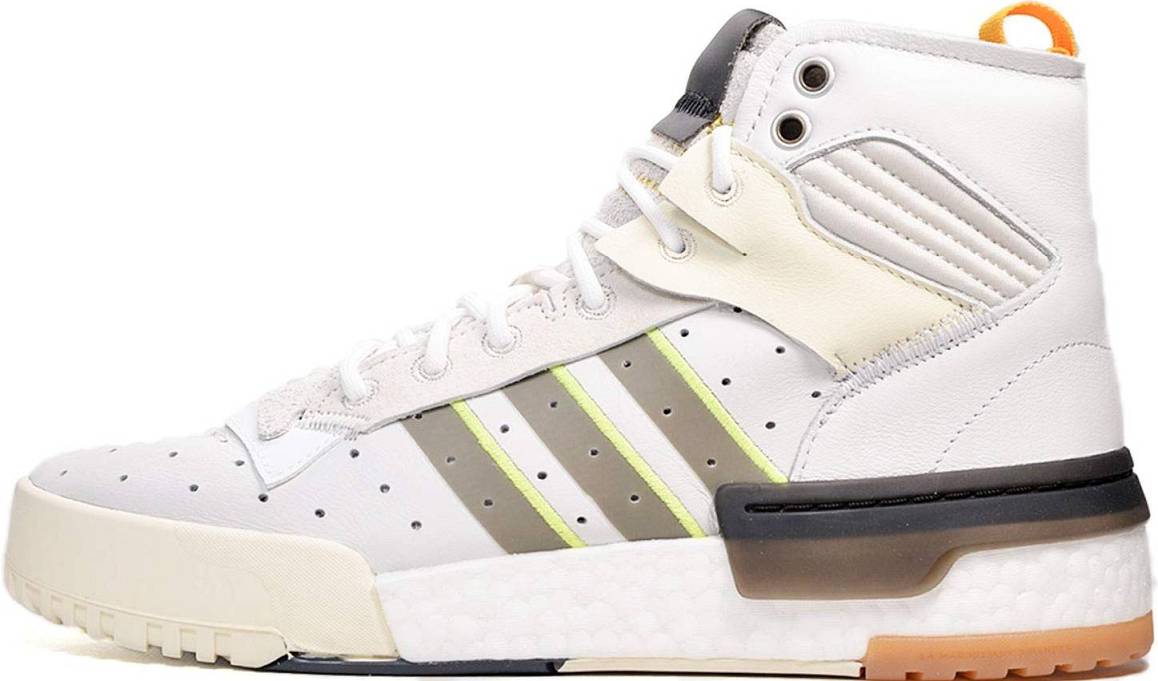 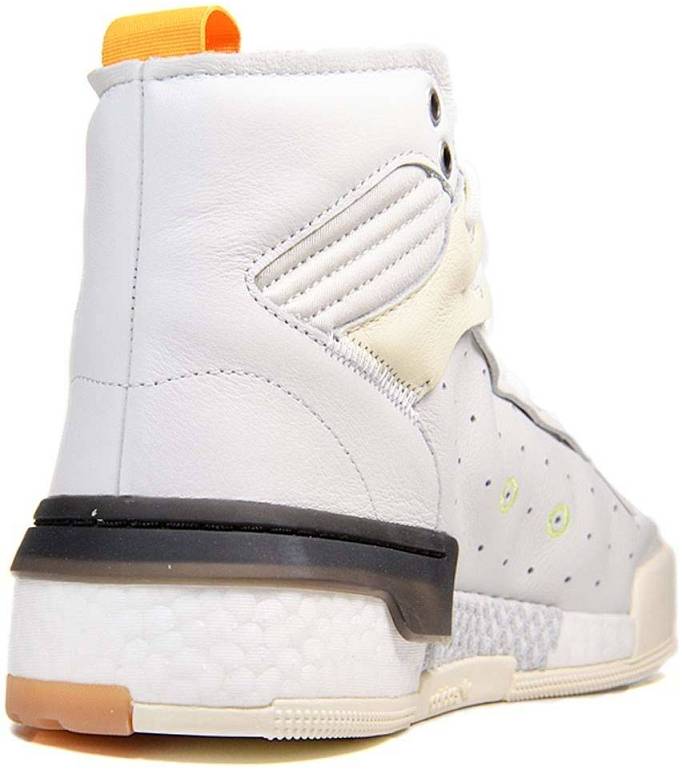 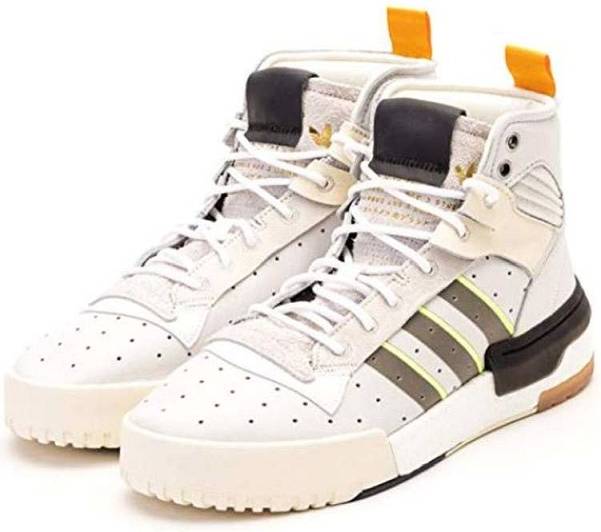 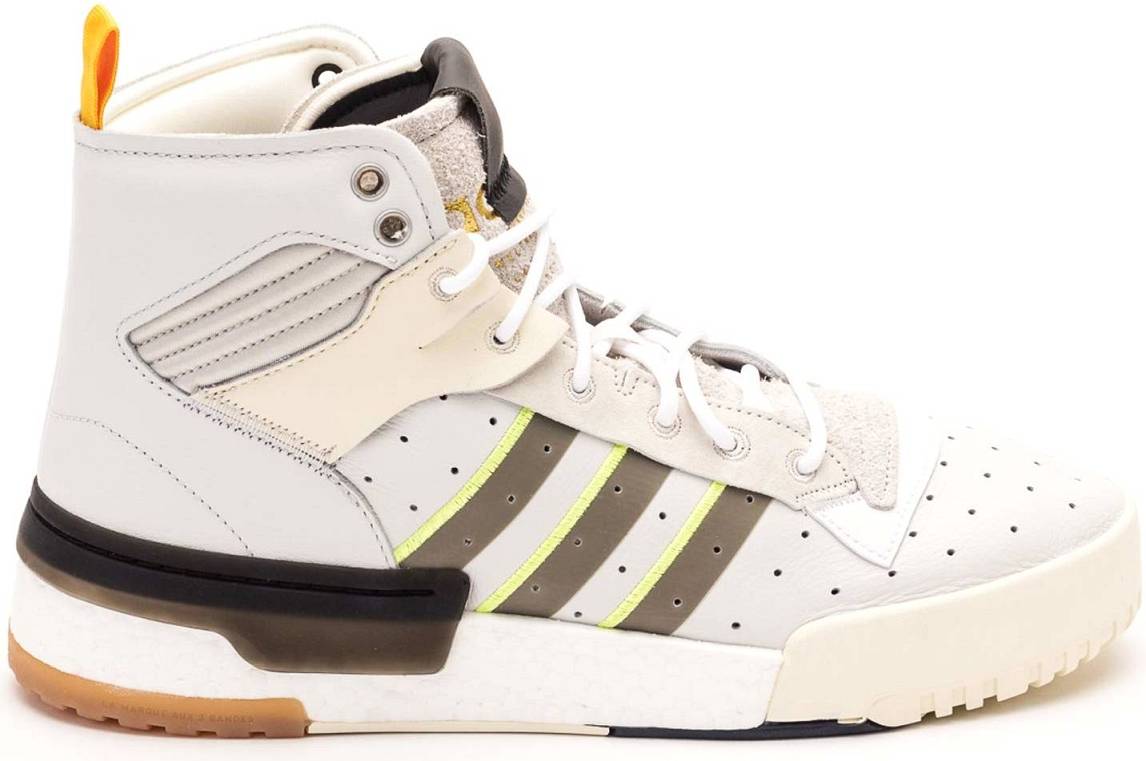 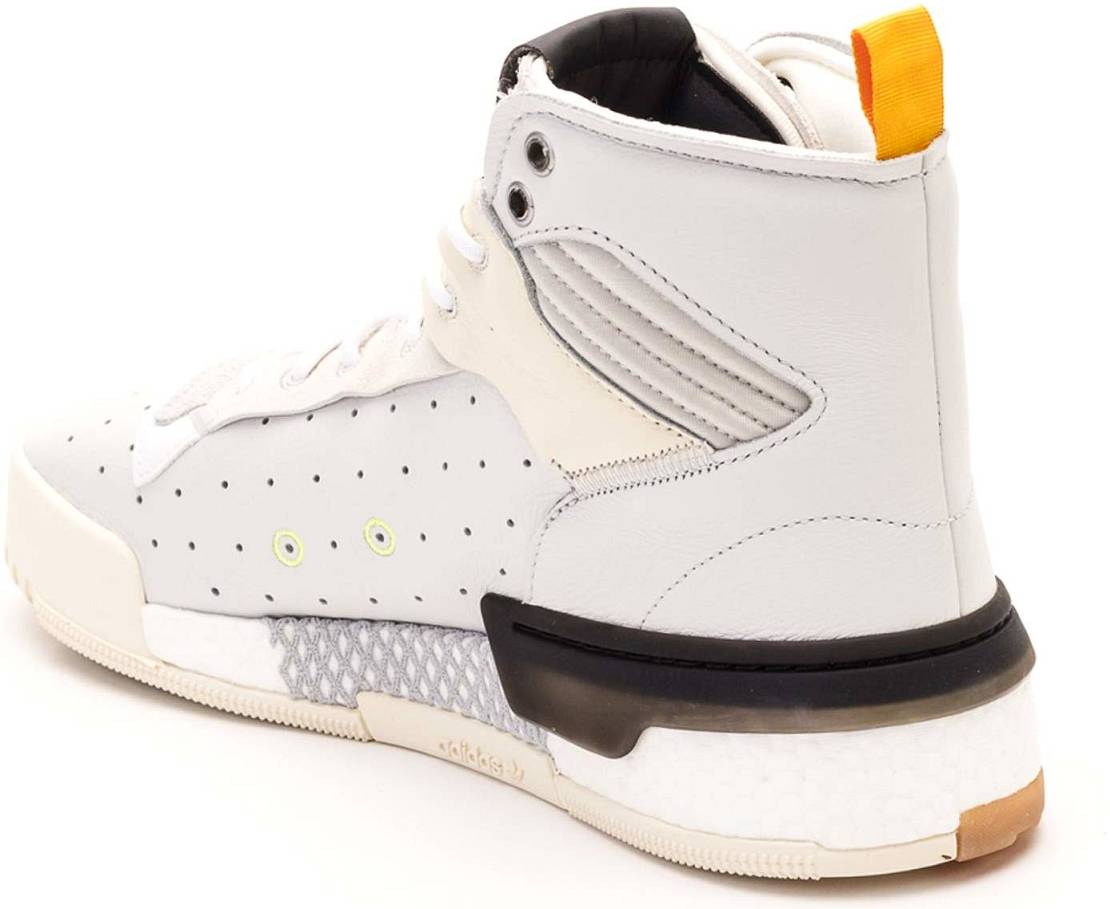 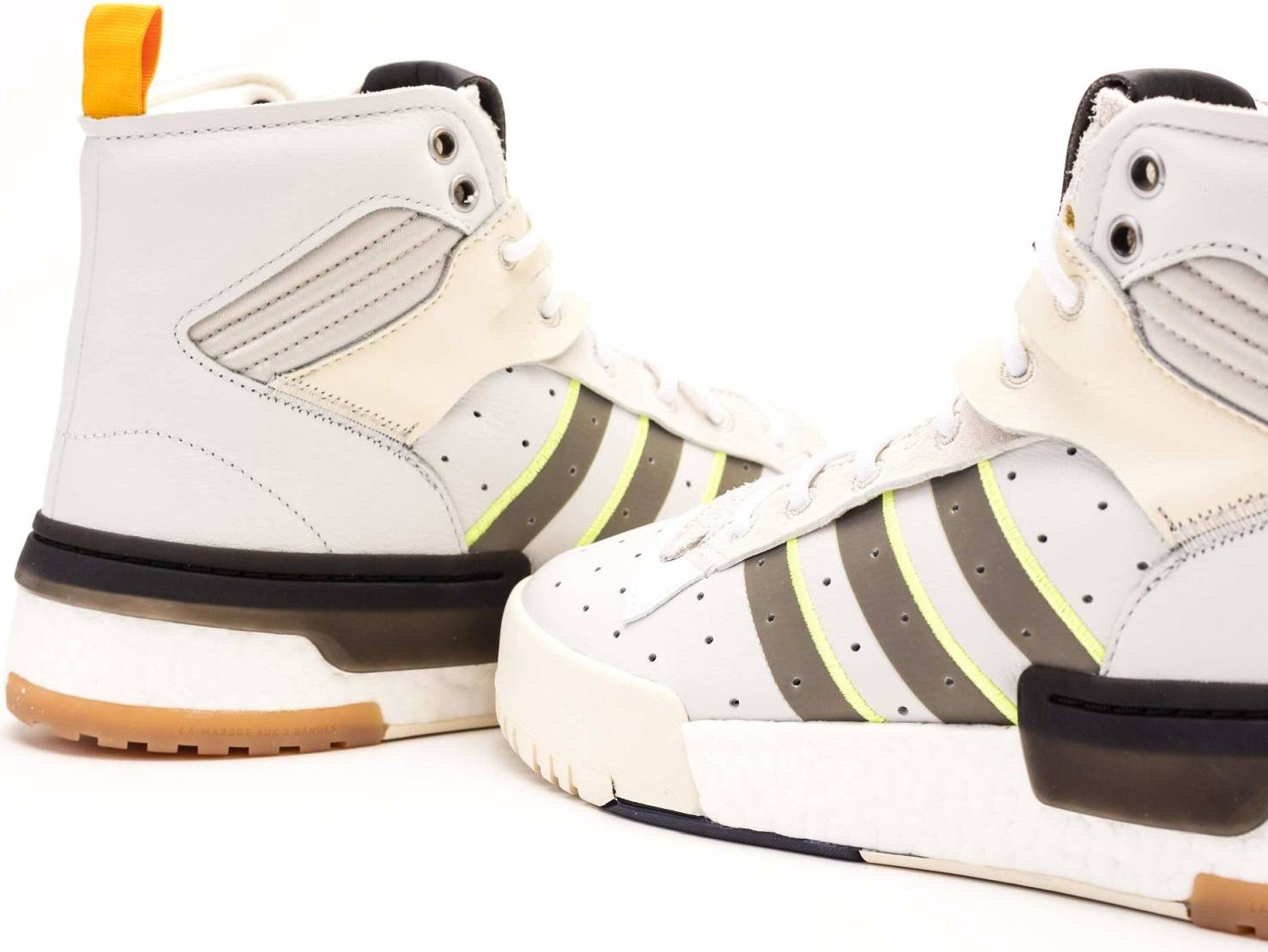 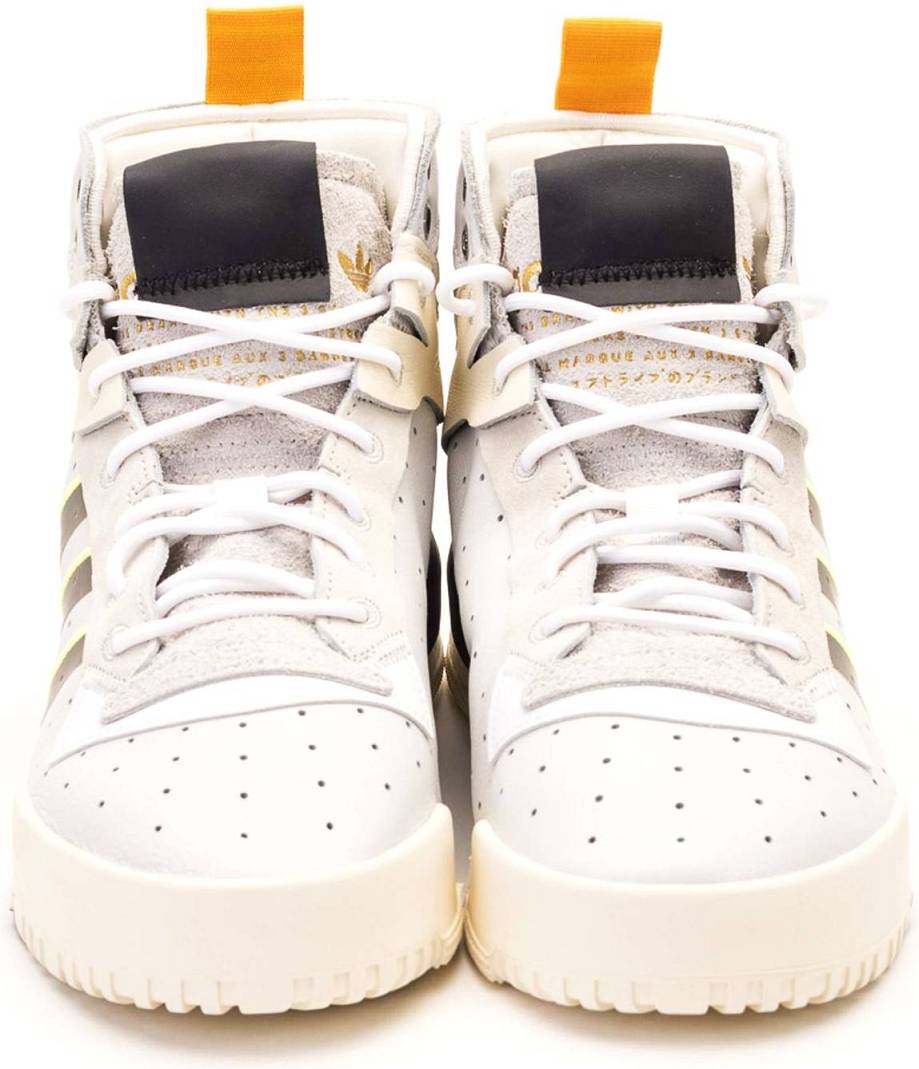 The Adidas Rivalry RM, Adidas’s high top basketball kicks are part of Adidas Originals collection. The Three Stripes look to deepen their RM series, a program of Adidas Originals which aims to equip their classic designs with ingenious modern technology. After the Samba and the ZX 500, the revered 1986 Rivalry silhouette comes in next. There are 1 special editions of these shoes. These sneakers typically retail for around $140, but you can usually find them for less. For best deals, we recommend checking the price on Amazon.

Rivalry RM shoes currently have a 4.5 out of 5 rating, based on 10 user reviews and a 77 Corescore at RunRepeat. We’ve scoured the internet for reviews and user feedback that will help you decide if you want to buy Adidas Rivalry RM sneakers. Scroll down below to see what people are saying.

While decked in the glory of its crisp, full-grain leather upper, the Rivalry RM is now cradled by the groundbreaking Boost-cushioned sole unit. A Memory Foam-padded tongue and collar further boosts its degree of comfort to extravagant proportions. Priced at $140 apiece, the Rivalry RM maxes out on style, comfort, and value. Nearly all reviewers highly recommend the Adidas Rivalry RM for its staggering first-class quality, which comes in at a surprisingly low price. There is a tongue loop that lets the laces hold the tongue in place. Two reviewers report that the hard plastic mud guard in front of the shoe sometimes press and rub against their toes. Legions of shoppers are blown away by its sexy, splendid, old-school ’80s hoops silhouette. You can purchase Rivalry RM shoes here.

Most testers acclaim its seemingly unrivaled level of comfort and cushioning, which lets them feel like walking on air and clouds. A couple of users find the toe box too pointy for their taste. This leather sneaker needs no breaking in, based on a review.

Despite its heavy vintage high-top looks, the Rivalry RM weighs very light, according to some wearers, who have also compared it to the NMDs . Tiny perforations spread throughout the leather upper to provide breathability. A pull tab is stitched in the heel to aid on-and-off wear. The top-notch materials and elevated detailing that composed the Rivalry RM have impressed heaps of fans.

Where to buy Rivalry RM: You can buy Adidas Rivalry RM on Amazon.

Several wide-footed users appreciate that the soft leather upper has that needed amount of give. Quite a couple of users share stories about getting complimented on how awesome the Rivalry RM looked on their feet. Some reviewers prefer this Rivalry RM version over the OG Rivalry Hi version. A lot of online shoppers express that this model looks better in person. 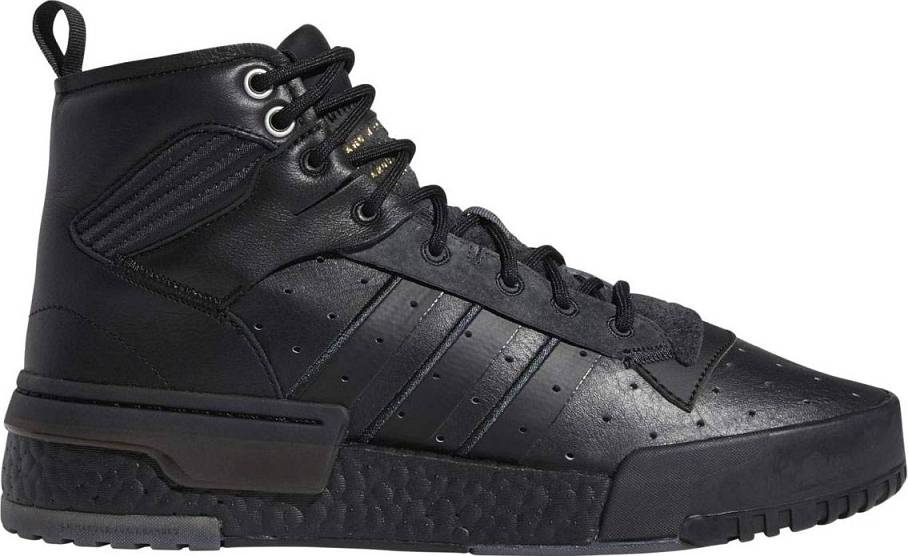