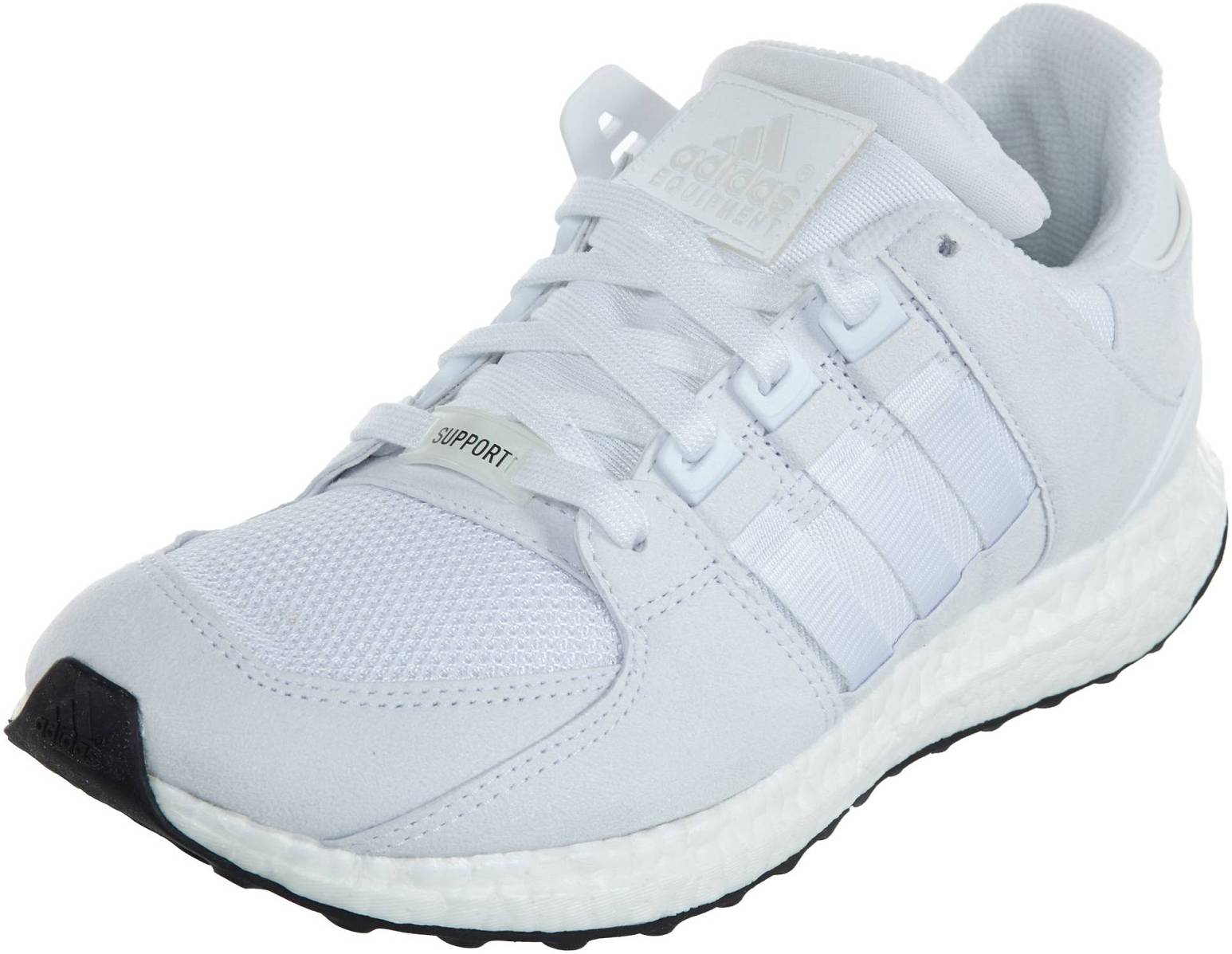 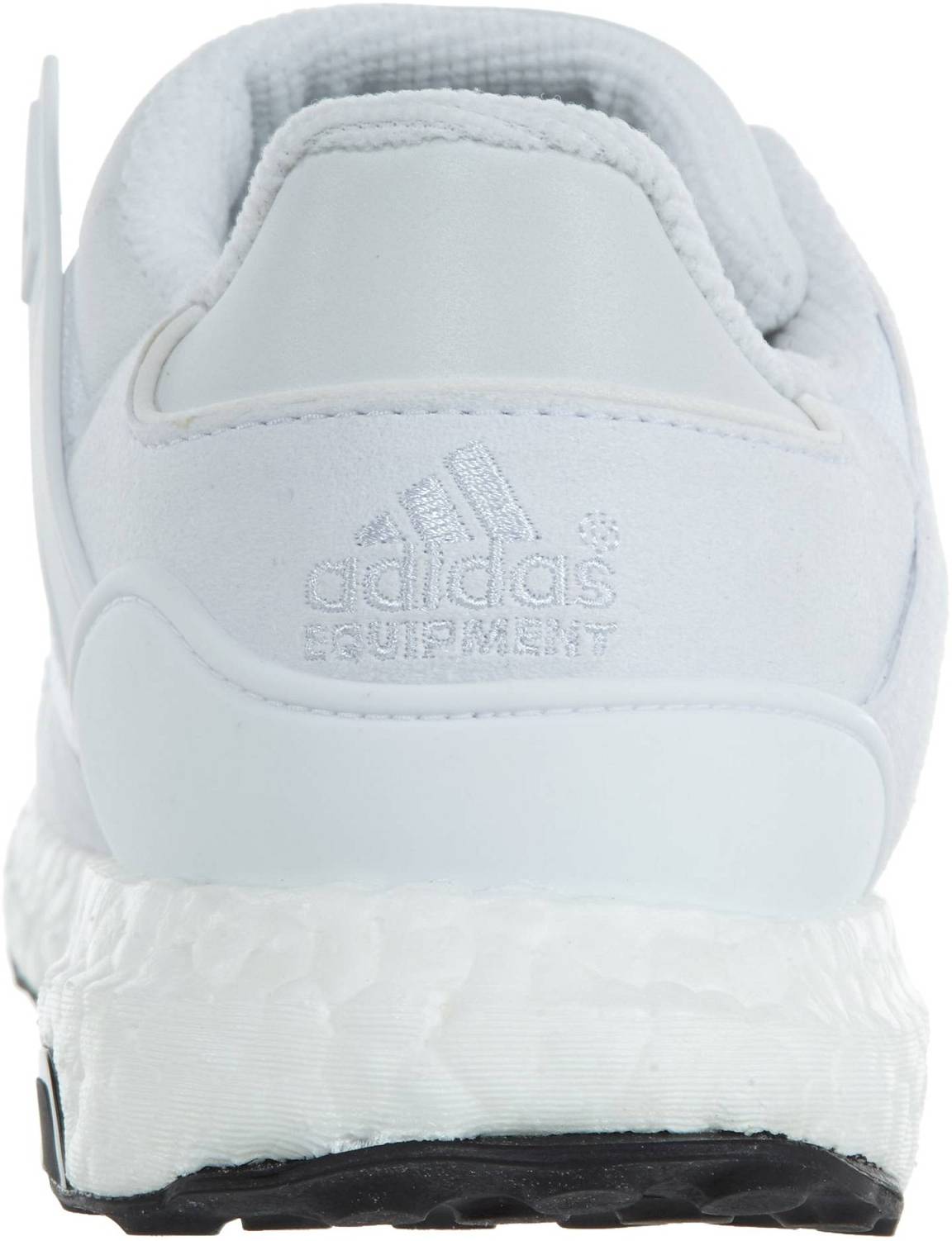 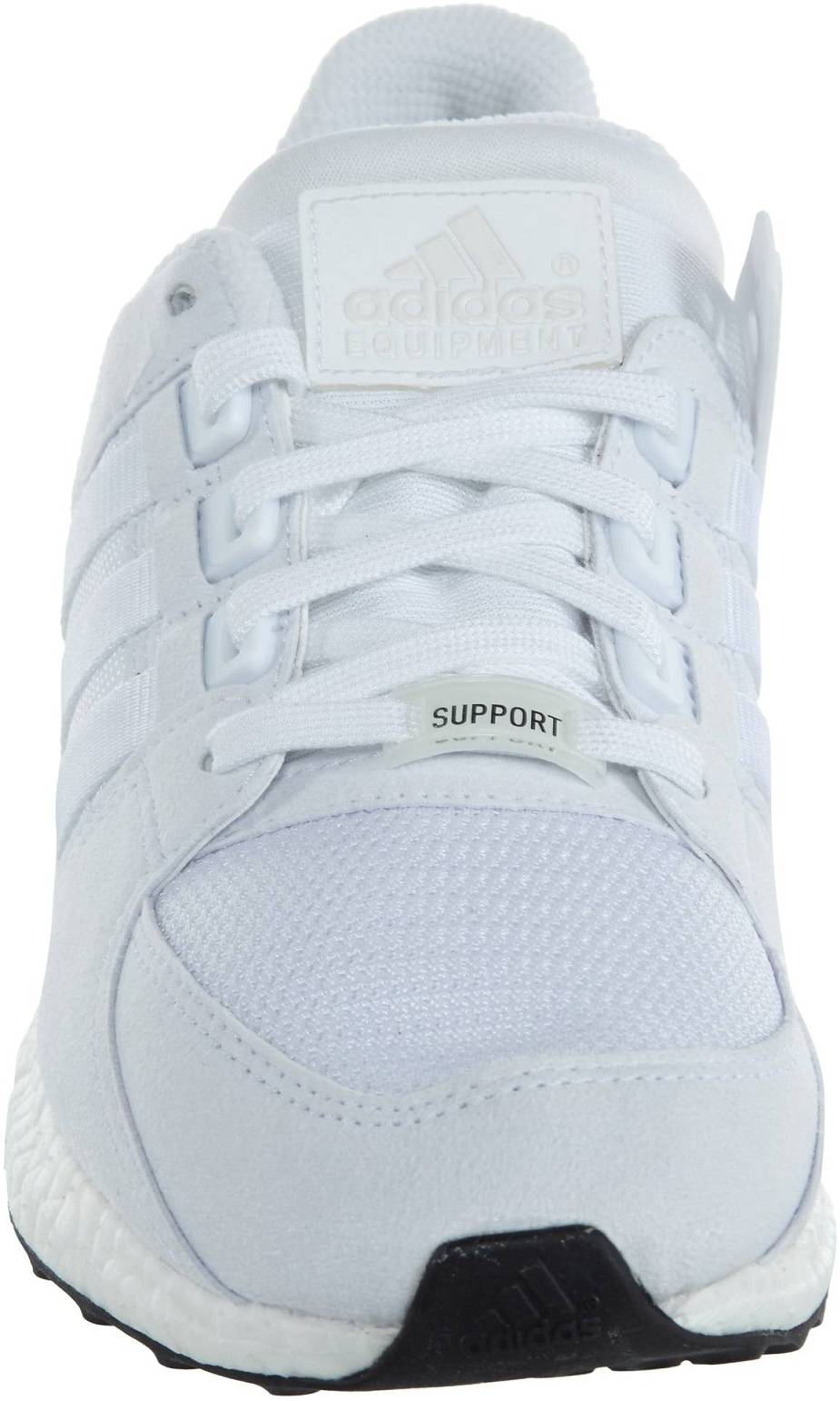 The Adidas EQT Support 93/16, Adidas’s low top running sneakers are part of Adidas EQT collection. The Adidas EQT Support 93/16 takes on the silhouette of a classic trainer with a fashionable street-ready twist. It pops in the crowd with a stylish mix of premium suede, textile, and mesh on the upper, resting atop a responsive Boost midsole. The revamped sole is an instant carrot to buyers as it grants a comfy stride from heel to toe. The sneaker isn’t as stretchy unlike its knitted counterparts, but it can be copped for a much less price tag than the equally responsive yet costly Adidas Ultraboost . There are no special editions of these shoes. These sneakers typically retail for around $180, but you can usually find them cheaper. For good deals, we recommend checking the price on Amazon.

The structure of Adidas EQT Support 93/16 is top notch as cited by majority of the reviewers. The Boost technology, which was initially created for running shoes, offers one of the highest energy returns in the business. The upper isn’t that breathable, as noticed by a few. Affirmed by heaps of users the Boost cushioning offers a smooth heel-to-toe ride which makes walking pleasurable. You can purchase EQT Support 93/16 shoes here.

Quite a lot deemed this as a cheaper alternative to the Ultraboost. The original EQT trainer was designed by Peter Moore. Apart from the traditional colorway of green, black, gray, white combo, a series of white uppers were dropped in 2016: white mesh, white netted construction and triple white. The vintage silhouette was dressed in a number of ways through collaborations with the following: Concepts for the Sage and Black/White combo; BAIT for the Triple White variation with Primeknit upper; Avenue for the textured aniline leather with woven detailing. The EQT Support 93/16 is not customizable via the miadidas platform. A special silhouette was dropped in time for the opening of the Year of the Rooster in 2017 called the Chinese New Year edition with a tonal beige base. This shoe has a tri-color rooster embroidery on the heel and a hangtag of the same image. The insole is printed with tiles of mahjong, a traditional Chinese game. Some of the pairs were encased in commemorative wooden boxes. The back of this sneaker rubs against the heel, according to some reviewers. The traditional colorway of green, gray, and black combo is stylish and looks better on the actual shoe than in pictures.

A wear-anywhere shoe that’s adored by throngs of buyers. The Boost technology is a specially crafted foam granules known as energy capsules, which are transformed to a compact Styrofoam-looking midsole which is soft to the touch. Not only can the Boost foam withstand force, but extreme temperature as well, as opposed to the EVA foam. The Torsion System is a heated synthetic resin which is a durable component for the outsole situated between the heel and forefoot. The EQT Support 93/16 seems to have more arch support than the Ultraboost, noticed by some.

The split tongue is one of the unique features of this shoe. This version of the Adidas EQT fits like a skate shoe, but not as tight on the foot. In terms of weight, the EQT Support 93/16 is not as light as the Ultraboost or the NMD, but seems like this shoe weighs almost the same as the Tubular Nova Primeknit trainer, as described by a reviewer.