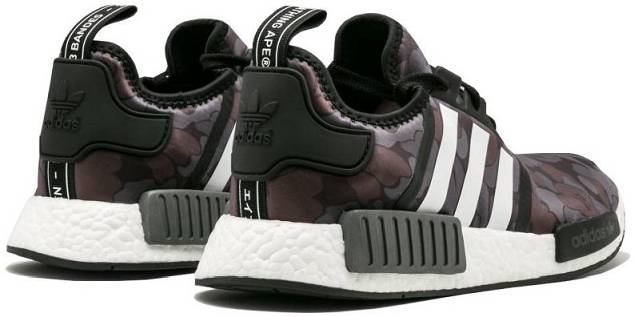 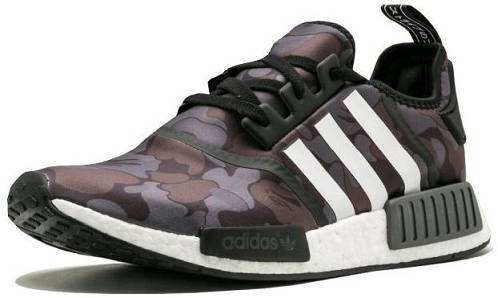 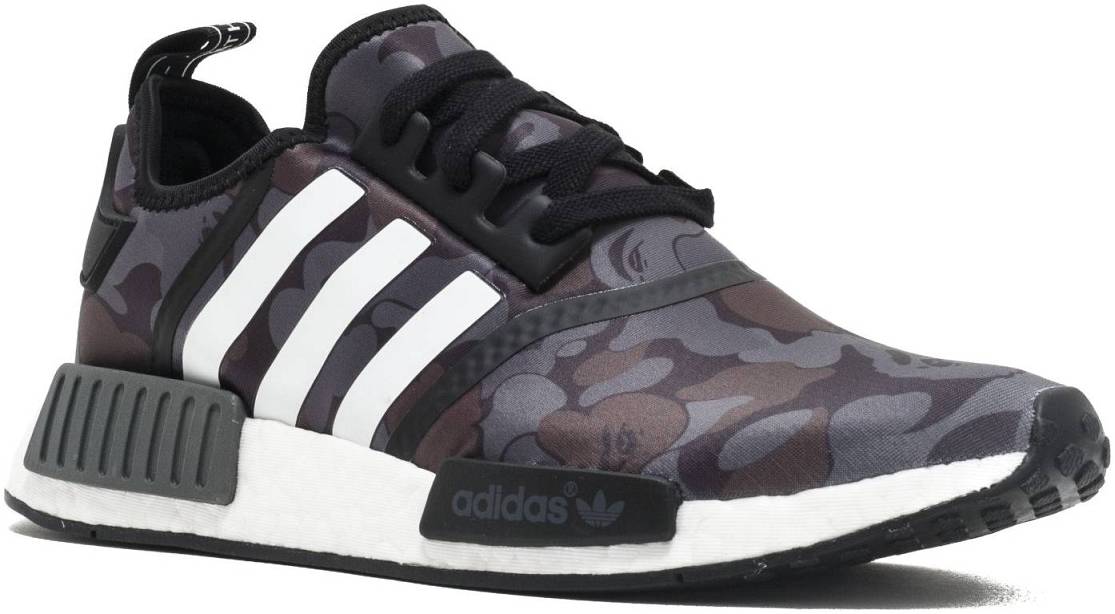 The Adidas BAPE x Adidas NMD_R1, Adidas’s low top running sneakers are part of Adidas NMD collection. This collaborative release of the Adidas NMD_R1 between Adidas and BAPE showcases the signature “1st CAMO” colorway from BAPE in two iterations of green/ tan/ brown and blue/ burgundy/ purple color combinations. There are no special editions of these shoes. These sneakers typically retail for around $150, but you can usually find them cheaper. For worthy deals, we recommend checking the price on Amazon.

The shoe also offers a great comfortable feeling on foot due to the Adidas NMD’s traditional Boost midsole. With the shoe’s street fashion essence, it can be an excellent addition to one’s street style wardrobe. The BAPE x Adidas NMD_R1 is a really comfortable shoe, according to a majority of the reviewers. The shoe features traditional flat laces. Several reviewers have said that the shoe seems to look fake. A handful of commentators are highly appreciative of the shoe’s ability to go well with a variety of outfit choices. You can purchase BAPE x Adidas NMD_R1 shoes here.

The NMD_R1 from the Adidas and BAPE collaboration is very lightweight, a good number of users expressed after wearing the low-top kicks. The signature 3-stripes branding of Adidas can be seen on the side of the shoe in white. A Bathing Ape branding is found on the heel pull tab of the shoe. A reliable grip on different surfaces is appreciated by quite a few. The shoe is sold at a high price.